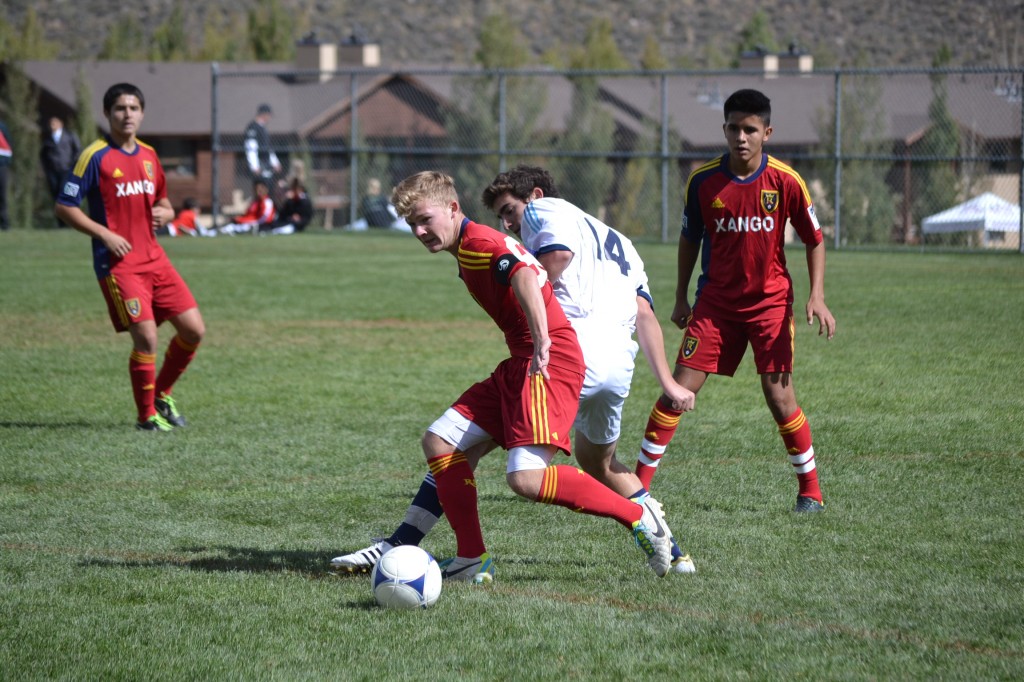 PARK CITY, Utah – Hoping to build on a recent run of success, the Real Salt Lake U-16 Elite team traveled to Park City, Utah, for the opening matches of the 2013-14 Far West Regional League, only to return home with lessons learned after a tough weekend.

Below are match recaps and photo galleries from the weekend’s action.

Real Salt Lake U-16 kicked off FWRL play with arguably the toughest opponent they would face all weekend. Sparta scored the opening goal in the 24th minute and added another one in the 36th minute. RSL continued to fight in the second half, but were unable to find a combination in the final third. Sparta scored three more goals in the second half and close out a performance with a 5-0 win in what was a forgettable match for RSL.

Looking to put a poor opening performance behind them, the Real Salt Lake U-16 Elite team came out aggressive in the opening minutes and just missed out on an early goal when Javi Avelar fired a shot just over the crossbar. CCV absorbed the early onslaught and were able to control the match and caught a massive break in the 15th minute when a RSL defender kept a forward onside. Goalkeeper Conor Orton ran out of the box to clear the ball, but the CCV player was too quick and lifted a header over Orton and into the net. RSL dug an even deeper hole when an RSL defender lowered his head to clear out a bouncing ball. In a bang-bang play, the CCV player lifted his leg and accidentally kicked the RSL defender, who was then shown a yellow for a previous foul. After the yellow was shown the player had some choice words for the referee and was shown a second yellow, which sent him off. CCV took advantage of being up a man and scored two more goals before the half.

Coaches delivered an emotional halftime speech, which paid dividends 16 minutes into the second half, as Austin Tucker (brother of GSA graduate Austin Tucker) collected a Duncan Storey pass and chipped the CCV goalkeeper. RSL defense led by Patrick Ring, who had the best performance on the day, shut down the CCV attack and were able to control the pace of the match even though RSL was down a man. In the 69th minute Storey played a ball up to Avelar, who took a touch to the outside and finish near post. RSL pushed for the equalizer and shots from Diego Robles, Robby Orona, and Gio Alcocer all were on target, but couldn’t beat the CCV ‘keeper. RSL dropped the second match 3-2 in FWRL, but an inspiring performance and two goals with 10 men drew praise from the coaches who were proud of the effort the U-16s showed

Looking to build off of the momentum from the day before, the Real Salt Lake U-16 Elite came out aggressive early on, but another defensive blunder, which plagued the team all weekend long allowed Sereno to jump on a ball and score the opening goal 4 minutes into the match. Magic occurred 6 minutes later when Gallo beat 4 defenders and dribbled into the box. He sent in a low cross to Alejandro Parra, who finished far post with his left to equalize the match.

RSL goalkeeper, Conor Orton had a big save in the 18th minute when he ran out and blocked a shot with an extended arm, but poor defensive marking on a Sereno free kick seconds later allowed Sereno to take the lead. This became a theme for RSL, as Sereno was able to score two more goals before the half from set pieces. After the halftime break Sereno extended the lead again when they scored on a counter to extend the lead to 4-1. RSL continued to fight and scored their second goal in the match when Parra found Mikey Lanzetta in space. Lanzetta dribbled into the box and fired across the face of goal. Sereno extended the lead on another set piece 5 minutes later, which essentially put the match out of RSL’s reach. In the 73rd minute a RSL player was taken down in the box and Gallo stepped up and converted the PK, which cut the lead by two, but was not enough as the match ended minutes later with a 5-3 loss. 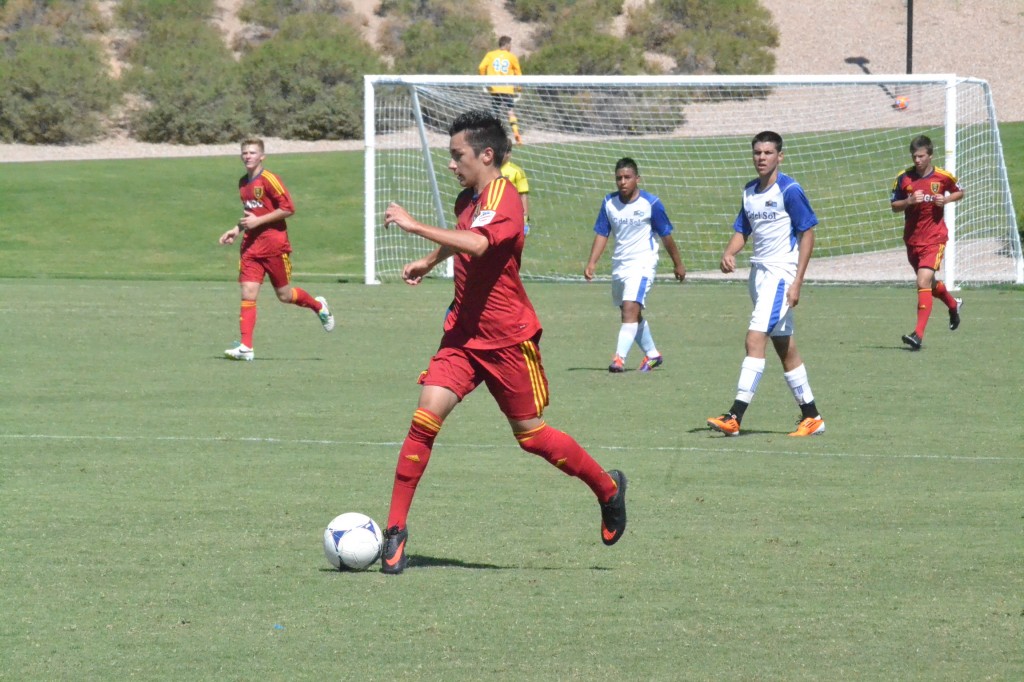 PARK CITY, Utah – The Real Salt Lake U-16 Elite team has traveled to Park City, Utah, for the opening matches of the 2013-14 Far West Regional League.

Due to the geographical distances for the clubs, member associations have been divided up into regions and Arizona based clubs are in the Desert Premier Soccer Division along with: Utah, Nevada, New Mexico and Colorado.

The RSL U-16 Elite team will play 8 other clubs in a round-robin format with the winner advancing to the next round. Last year’s US Youth Soccer Region IV Championships were held in Honolulu, Hawaii.

This weekend, the U-16 Elite team will face Utah based club Sparta 98 Premier MD on Friday afternoon; kickoff set for 5:00 p.m.

ALL TIMES ARE LOCAL TIMES FOR UTAH. ARIZONA IS AN HOUR BEHIND UTAH.

CASA GRANDE, Ariz. – Superstition in sports is nothing new and when the Real Salt Lake U-16 Academy team won their group at the Development Academy Playoffs in Dallas, Texas, coaches knew one thing was for certain. Good luck charm Marshall Stoddard, who filled in as the athletic trainer in Dallas, would for sure be rejoining the team in Houston for Finals Week.

The U-16 team would go on to defeat Solar Chelsea in the championship match and just over a month later Stoddard, who had been working as an intern with Real Salt Lake, would be announced as the new head athletic trainer for the Grande Sports Academy home of the Real Salt Lake Academy.

Stoddard a Logan, Utah, native had been working as an intern with the Claret-and-Cobalt for six months before he joined the Academy teams in Dallas. He graduated from Weber State University in December of 2012, and worked as a trainer for the Vancouver Whitecaps from April-September, 2012.

Stoddard is now tasked with providing medical treatment to over 70 Academy players and will be educating the players on how to properly rest, recover, stretch and eat throughout the 2013-14 season.