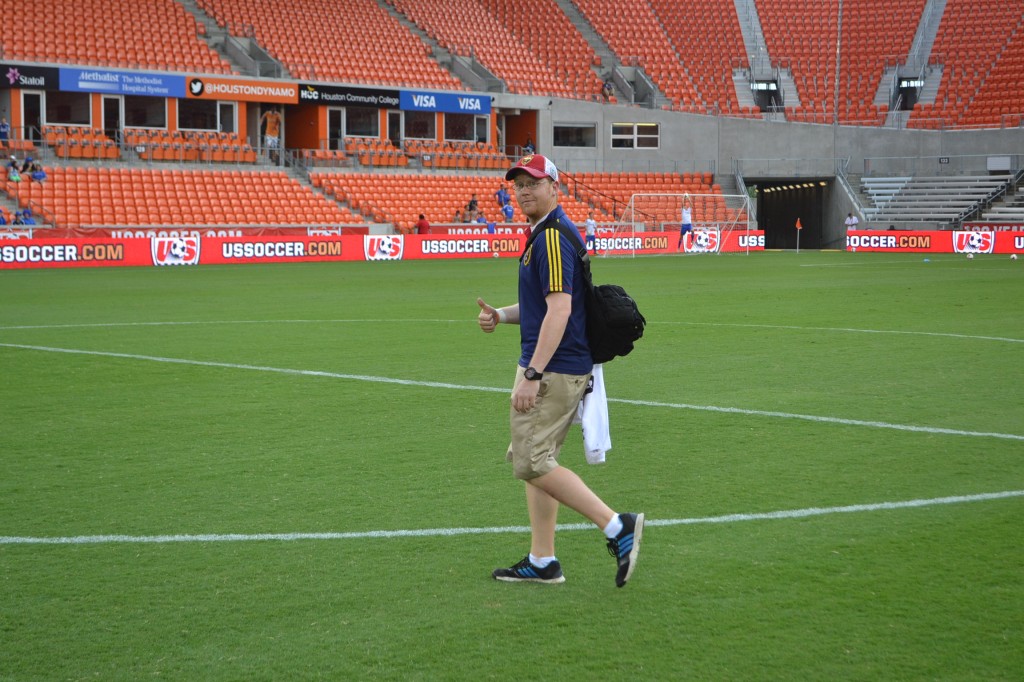 CASA GRANDE, Ariz. – Superstition in sports is nothing new and when the Real Salt Lake U-16 Academy team won their group at the Development Academy Playoffs in Dallas, Texas, coaches knew one thing was for certain. Good luck charm Marshall Stoddard, who filled in as the athletic trainer in Dallas, would for sure be rejoining the team in Houston for Finals Week.

The U-16 team would go on to defeat Solar Chelsea in the championship match and just over a month later Stoddard, who had been working as an intern with Real Salt Lake, would be announced as the new head athletic trainer for the Grande Sports Academy home of the Real Salt Lake Academy.

Stoddard a Logan, Utah, native had been working as an intern with the Claret-and-Cobalt for six months before he joined the Academy teams in Dallas. He graduated from Weber State University in December of 2012, and worked as a trainer for the Vancouver Whitecaps from April-September, 2012.

Stoddard is now tasked with providing medical treatment to over 70 Academy players and will be educating the players on how to properly rest, recover, stretch and eat throughout the 2013-14 season.