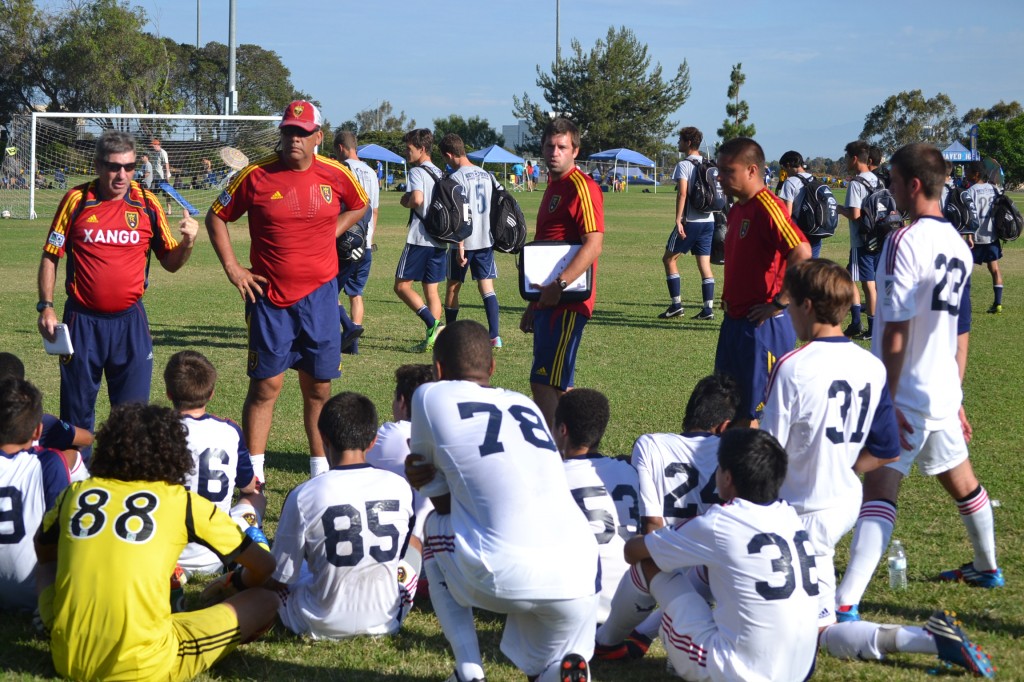 CASA GRANDE, Ariz. – The Real Salt Lake U-16 & U-18 are back in action and set to play in their second tournament this season when they travel to Phoenix on Saturday to participate in the 2013 Tuzos Challenge.

Last weekend, the Elite teams participated in the North Huntington Beach Cup and returned home with mixed results. The U-16 Elite team advanced out of group play by going unbeaten in three matches, but were eliminated in the quarterfinals. This year’s U-16 Elite team only returns one player from last year’s team. ’99 players Erik “Gallo” Virgen  and Robby Orona are tied for the team lead in goals with two a piece. For further analysis of the U-16’s performance click here.

The U-18’s performance in the NHBC mirrored a roller coaster ride. They won their first game, dropped the second, won the third and then drew the last, which resulted in 7 points. Not enough to advance out of group play. For further analysis on the U-18’s performance click here.

Grande Sports Academy will live Tweet all the matches and provide updates throughout the weekend.

The U-18 Elite team will play three 4 group games. Two on Saturday and two on Sunday. Placement will be based on the team point totals and tie-breakers.

The U-16 Elite team will play three group games. Winner of the group advances to the U-16 title game, which will be played on Sunday afternoon at 1 p.m.