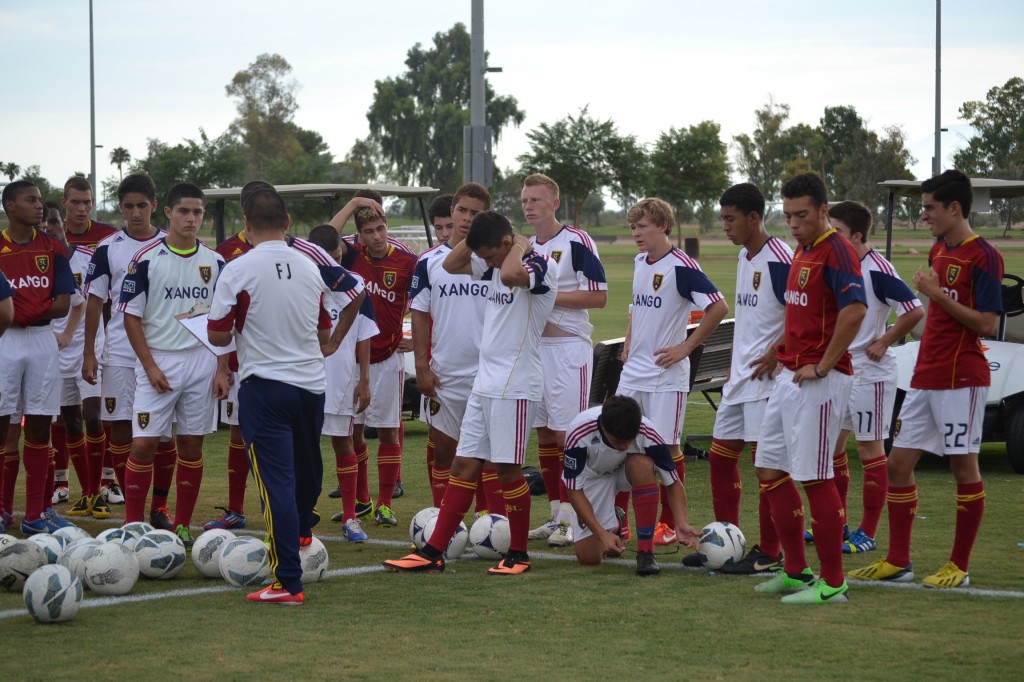 CASA GRANDE, Ariz. – In August of 2012, the Real Salt Lake Academy coaches took two teams that had come together just weeks before to California for an early club tournament. The results were vastly different between the two, however the U-18 team, playing in an older age group, were able to win the U-19 bracket, which set up a winning mentality at the Grande Sports Academy that ended with a U-16 U.S. Soccer Development national championship in July. Coaches and players have been working hard all preseason because they know a target will be on their back and this weekend’s matches will be the first test of many throughout the season.

The 2013 North Huntington Beach Cup will be held at the beautiful campus of University of California-Irvine. Directions and parking details here.

Grande Sports Academy will live Tweet all the matches here and provide updates throughout the weekend.

Note – Like in every tournament the GSA will play in, every game is practically a must win.

Our U-18 team will once again be playing in the U-19 age group. Twenty teams are spread out into 4 groups. Each team will play 4 group games and only the winner of the group will advance to the semifinals on Monday follow by the championship match later in the day. Below is the group schedule for our U-18 team. Full schedule here.

Our U-16 team will be playing in their age group. Sixteen teams are spread out into 4 groups. Each team will play each other once in the group and group winners and runner ups will advance to the quarterfinals, which will be held on Sunday afternoon. Like the older group the semifinals and championship match will be on Monday. Below is the group schedule for our U-16 team. Full schedule here.