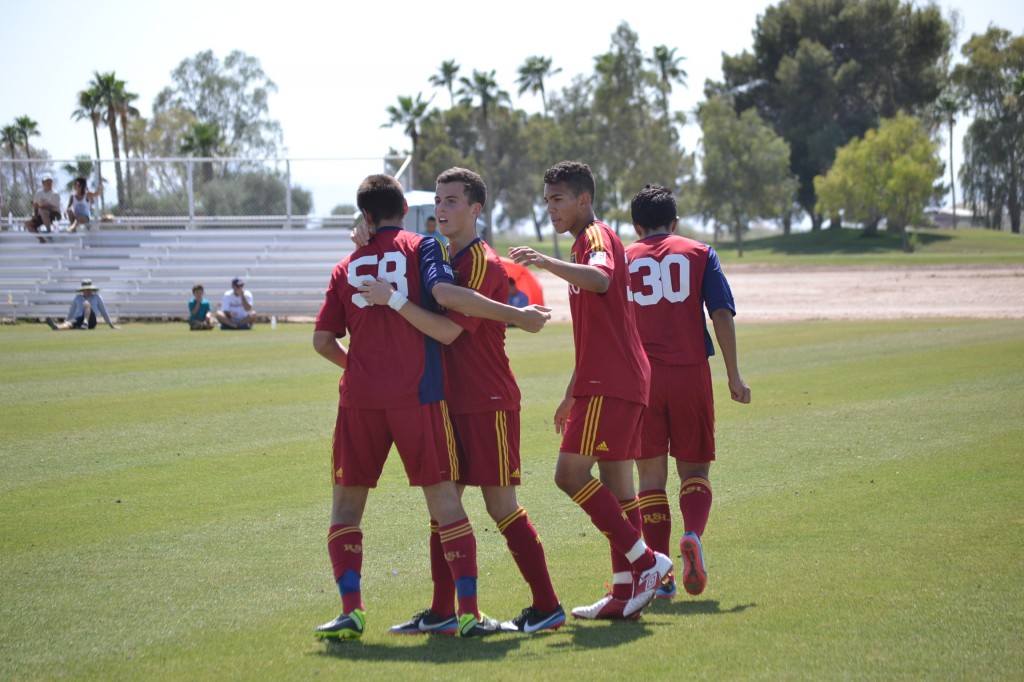 The 2012-2013 Real Sale Lake Academy season has come down to one game. The U18’s & U16’s have already qualified for the U.S. Soccer Development Academy playoffs and need victories this weekend to secure the best possible seeding in the playoff draw.

RSL U18’s are in a position to win the Southwest Division for the first time in history. Right now they are tied with LA Galaxy on points, 58 a piece, but are in second place due to goal differential. Galaxy have a +41 differential and RSL have a +32 differential. Third place in the division is Real So Cal who have 55 points.

If Real So Cal defeat LA Galaxy and RSL losses to Arsenal FC then nothing changes in the Division due to the goal differential. RSL needs to defeat Arsenal FC to pick up three more points to improve their playoff position in the U.S. Soccer Development Academy playoffs. Currently they are #8 in the overall playoff positioning which puts them in pot #1. Below are the official rules for the Playoff group draw.

The rules above also apply for the U16’s.

RSL U16′s are in second place, 55 points, in the Southwest Division and will not move up or down in the Division based on this weekend’s outcome vs Arsenal. Chivas USA, 1st place with 65 points, won the division a few weeks ago. Third place Real So Cal has 51 points on the season.

In the U.S. Soccer Development Academy playoffs, RSL is currently #13 and have no chance to move up into the top 8. RSL need to win so remain in pot #2.