Grande Sports Academy is going to be empty this weekend as RSL-AZ will be sending teams to Texas for Dallas Cup and to California for Far West Regional Play. 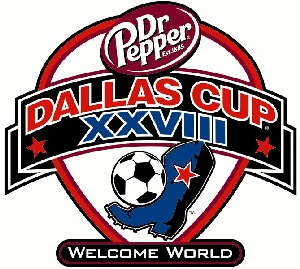 The group that will be heading to Dallas are the older boys who will be competing in the prestigious Dallas Cup. This is the 33rd year for the Cup that has seen some of the greatest clubs in the world win their tournament: Real Madrid, Liverpool, São Paulo, Tigres and many others. Over 100 colleges will be in attendance for this 9 day tournament from all over the United States as well as some based in Europe.

In simple terms for RSL to advance out of group play they must win every game. A loss isn’t an instant elimination, but a team would need a look of help to overcome that. If RSL advances they move onto the to Quarterfinals where they play the winner of another group. There are no WILDCARDS. The only way to advance is to win the group. If RSL wins in the QF’s they moves onto the semifinals followed by the final that will be played in the Cotton Bowl on Sunday.

This will also be the first time for RSL at the Dallas Cup. Defender Corey Nemeth spoke enthusiastically saying, “I’m excited to go to Dallas Cup there will be a lot of coaches watching. We will have good competition and hopefully we can perform well and get the results.”

RSL will be playing in a U19 age bracket. See that here. Because this tournament attracts teams from all over the world coaches are excited that they and the team will see something different.

“It’s always good to go to an International Tournament. We’re lucky enough to play a team from England. Different style of play were not used to see. It helps us if we hopefully go to the playoffs we can see teams that can show us something different,” said assistant coach Freddy Jaurez.

RSL-AZ will also be sending a U16 team to California to play in the Far West Regionals. The U18’s played their games last week and unfortunately were eliminated in their group.

The U16’s will be playing 3 games this weekend, 6 games in total group play, against some of the top teams in the area.

Midfielder Duncan Storey knows the importance of starting off group play with a win saying, “We’re playing the #1 team in the country. They are going to be good and we need to come out strong and battle.”

There are 7 teams in RSL’s group. Complete standings here.

It’s going to be a busy weekend with games but the players and coaches are ready. We hope to see everyone at the games!

All games below based of results in group stage