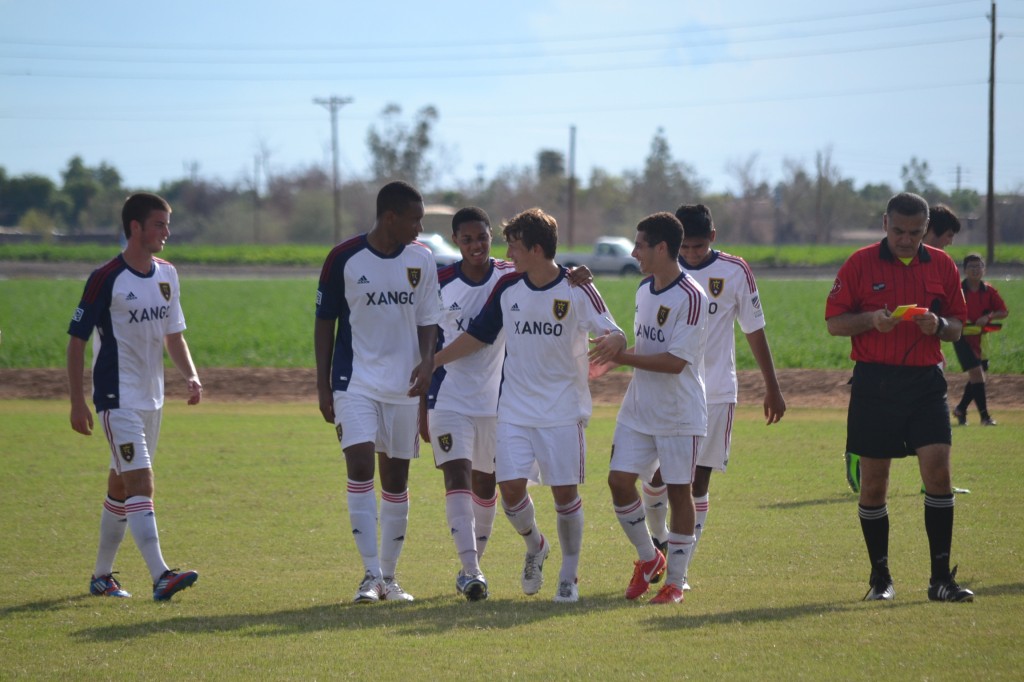 CASA GRANDE, Ariz. – The Grande Sports Academy home of the Real Salt Lake Arizona Academy team will be on the road against this weekend, as the U-18 Elite team will travel down to Tucson for their first match in the Arizona State League.

NOTE: The U-16 will play the following weekend in Scottsdale.

The Arizona State League for the U-15 age groups and higher will finish the season before the high school season starts in late November.

The Elite teams participated in the 2013 Tuzos Challenge in Phoenix and showed improvement from North Huntington Beach Cup, which was the week before. The U-16 team won their group and advanced to the U-16 finals and defeated  Fuerza Azul 4-1 on Sunday afternoon to claim the U-16 title. The U-18 Elite team finished second in their group.