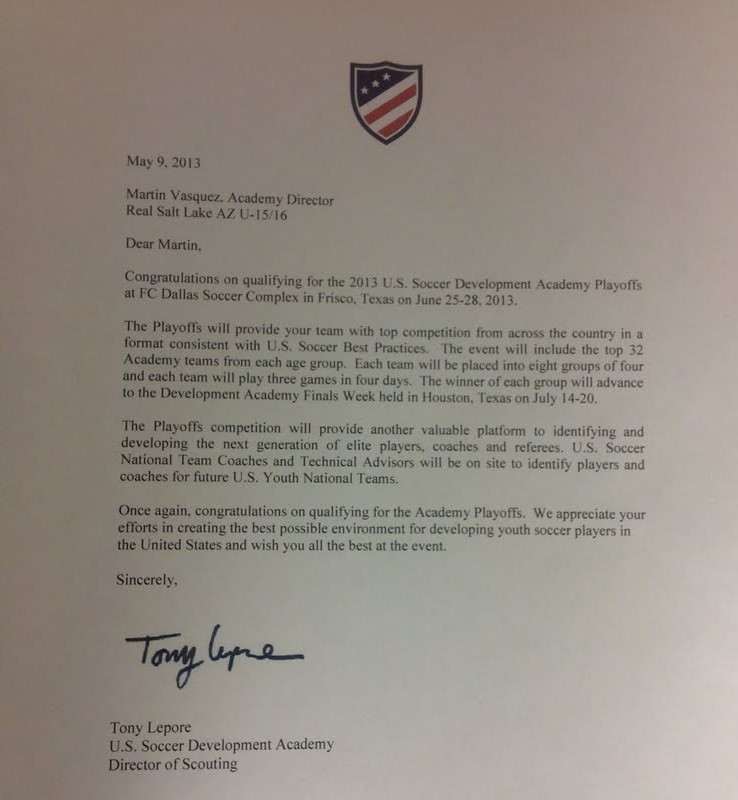 CASA GRANDE, Ariz. – With only two games remaining on the schedule before the season ends, the U16 Real Salt Lake Academy team has already qualified for U.S. Soccer Development Academy Playoffs.

Real Salt Lake’s U16 Academy has now qualified for the playoffs in all three years of their existence. Over the past two years they finished second in the Southwest Division and can do the same this year depending on the outcome of their next two games against Arsenal FC and Pateadores. They CAN NOT win the Division. Details below on the playoff system rules from U.S. Soccer. Same rules apply for U18’s.

This achievement shows all the hard work and sacrifices out players have made to achieve their dreams. Isaias “Junior” Juarez who is a member of the U18 team and who has been at Grande Sports Academy since 2011 had this to say about qualifying for the playoffs, “It is not something that is easy, which is why it feels so good. There is a lot of hard work that goes on to get there and once we get there we gotta work to get to Nationals. It is never-ending work but always worth it.”