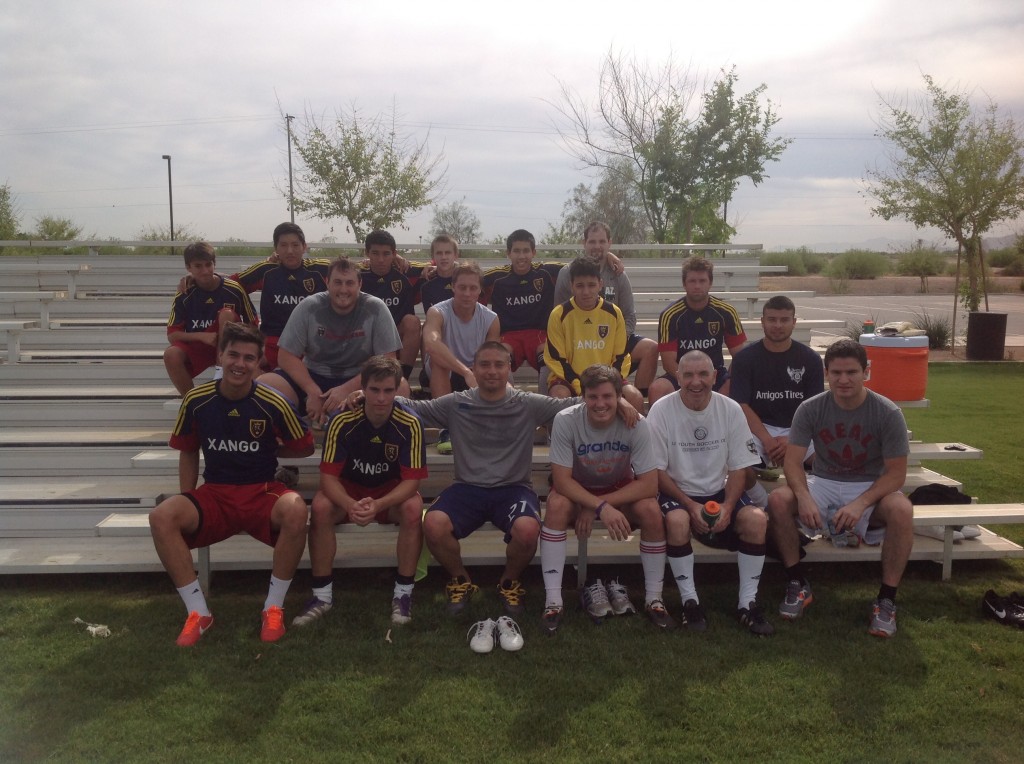 Every Friday morning the coaches & staff play a “friendly” soccer game against some of the Academy players who have school off on Friday’s.

Although the Tronkinho’s came through qualifying versus the Casa Grande Elementary (co-ed division) and the Gerber Institute (under-6) juggernauts’ they could not raise their game to compete with the Magnificent Wapo’s.

Eric (A fish out of water) Gonzalez again tried to rally his troops as Jason (I want to go back to regular school) Eng and big Te (I just kept shooting but they would not go in) Atawhongi, could not handle the incessant forays by Martin (It’s amazing he scores from any and all angles) Vasquez and his partner up front Tony (another 3 goals) Bruce.

The Mousekateers continued to run into the brick wall that was Freddy (I even went forward and scored) Juarez and Mike (I came, I saw, I scored, Julius Cesar 14BC) Kraus, who teamed up with Garrett( I told you I could defend) Cleverly and the Magnificent Portero Nacho (Has anybody told the Tronkinho’s that the game has started ???) Hernandez.

Now with a 250 winning streak the Fabulous Wapo’s are waiting to find out if their next opponent will be the Tronkinho’s or the Little Sister of Mary’s under 12 elite team (co-ed division) who will playoff in mid-week. By the way Haeden (Even as the ref I had a hard time counting) Turner made a sideline appearance, but even that did not help.