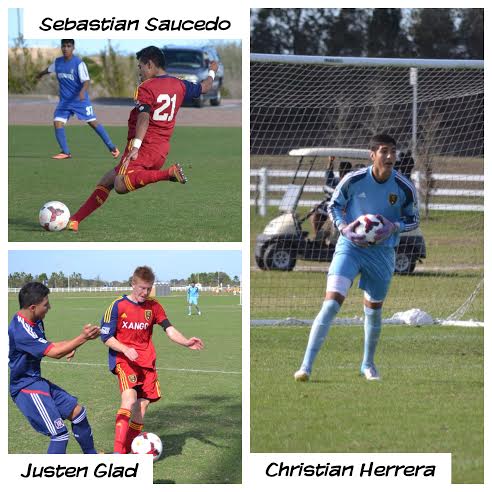 The weeklong camp will be held in Lakewood Ranch, Florida, from January 4-11 and precedes the upcoming Copa del Atlantico in the Canary Islands, which is scheduled to be played February 4-7.

The Claret-and-Cobalt’s: DF Justen Glad, M/F Sebastian Saucedo and GK Christian Herrera were among twenty-one out of the twenty-four players, who currently play for a U.S. Soccer Development Academy. Nine MLS Academies are represented with RSL receiving the most call-ups.

Glad, Saucedo and Herrera have guided the RSL U-16 team to an 8-1-1 start through ten league matches. Saucedo leads the team in scoring with eight goals, while Herrera has earned seven clean sheets in nine starts. Glad anchors a backline that has yet to concede a goal at home and has only surrendered four goals all season.

U.S. Soccer is holding a U-20 MNT camp in Lakewood Ranch during the same timeframe as the U-18 camp and four Real Salt Lake Academy players from three different levels were called up: Corey Baird (RSL-AZ U-18), Andrew Brody (University of Louisville), Jordan Allen (Real Salt Lake) and Benji Lopez (Real Salt Lake).