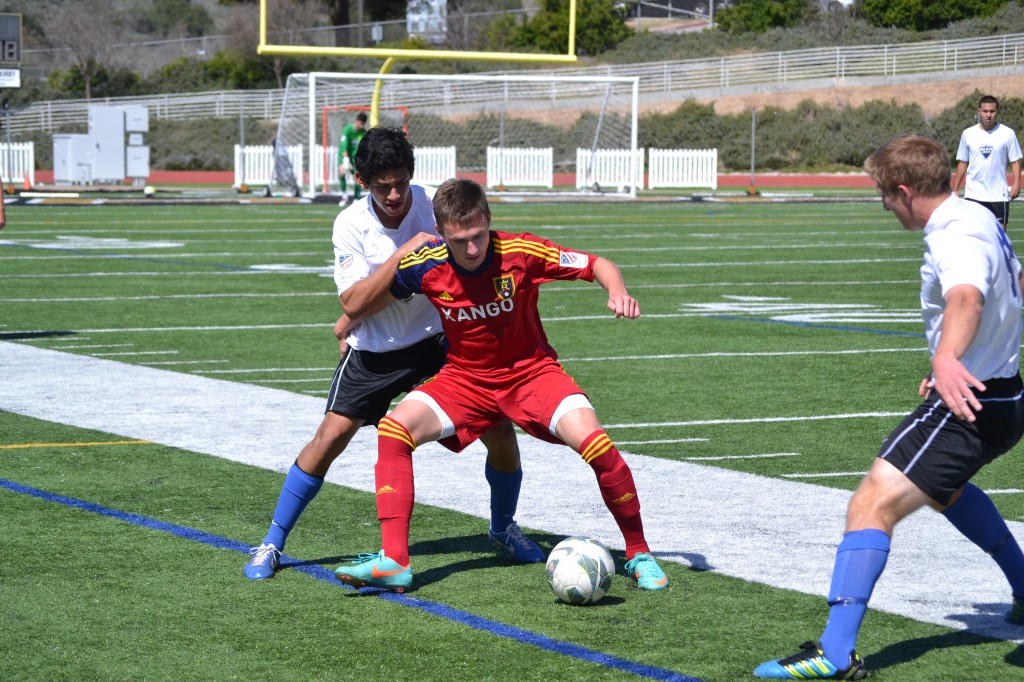 With just a few games remaining for teams in the Southwest Division the success or failure of this weekend for RSL will have a major impact of their playoff positioning. Real Salt Lake will be traveling to Los Angeles on Friday to take on MLS Academy teams Chivas USA on Saturday and then rival LA Galaxy on Sunday. Below are previews for the games.

RSL U18’s are currently in first place in the Southwest Division and have the 4th best record in overall playoff pool with 55 points. Chivas USA U18’s are 5th place in the division with 41 points. The last game between these two teams was scoreless on September 29th.

LA Galaxy, won the Southwest Division last year, are in second place in the division and have the 5th best record in the overall playoff pool. The last game between the two sides, November 17th, was an exciting one as 5 goals were scored in the second half. RSL jumped out first, followed by two Galaxy goals. RSL equalized later but lost the game when the Galaxy scored in the 90th minute. Both goals were scored by Benji Lopez.

RSL is currently 4 points ahead of the Galaxy, but have played one more game.

Last week’s victory over Real So Cal was huge. The U16’s are now in striking distance of second place. Currently they are in third place in the division with 49 points and have the best record in the wildcard. Second place Real So Cal is only two points ahead. Chivas USA U16’s are in first place in the division with 56 points. They have the 9th best record in the overall playoff pool.

RSL crushed Chivas USA, 7-2, the last time these two teams played against each other on September 29th. Bofo Saucedo led all goal scorers with 3, Justen Glad had 2, Brooks Lennon and Josh Doughty each had 1.

LA Galaxy are in 7th place in the division and would not qualify for the playoffs. In the last game between these two teams RSL jumped out to a early, 2-0, lead. Galaxy answered back with two goals in the second half to preserve the draw. Goals were scored by Damian Germain and Bofo Saucedo.