Yesterday marked the opening day of preseason training for both Real Salt Lake-Arizona Academy teams at the Grande Sports World complex. There were many new and returning faces, yet all players came in ready to go from opening whistle. The RSL-AZ U-18 team Head Coach Martin Vasquez led END_OF_DOCUMENT_TOKEN_TO_BE_REPLACED

Today marks the beginning of preseason training for the Real Salt Lake-Arizona Academy U-16 and U-18 teams as they prepare for the upcoming U.S. Development Academy season. This is the first day where both the residency players and local commuters are in unison on the pitch. The competition will be fierce for nearly every position. Thus far, the RSL-AZ staff has been pleased with the new and returning players that are in the residency program. In the few training sessions, the residency players have performed well. Overall, the RSL-AZ players are excited and ready to go despite the warm August temperatures. Preparations and training sessions will be held at Grande Sports World. Soccer is back. 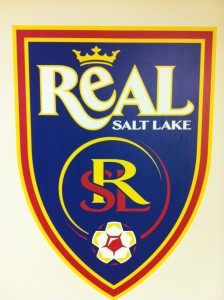 The Real Salt Lake U-17 team bounced back from their previous performance and defeated the New England Revolution, 4-2 in an exciting soccer match. Another warm and sunny day in Frisco could not slow down the action in this Generation adidas Cup match. RSL held the possession early and would not relinquish it. Ben Spencer and Cole Nagy were creating for RSL, both played well throughout the match. Nick Semintendi opened the scoring for RSL and was active attacking the Revolution defenders. The second half provided end to end action, goals and drama. RSL striker Jordan Allen scored a beauty and put RSL up 2-0. The Revolution did not quit and would score twice to pull level. Revolution player Deguy Ngatcha had a chance to put the Revs in the lead but failed to convert on his rebound. The RSL side would continue their attacking ways and would find the net two more times. Kainoa Bailey’s clinical goal put RSL up 3-2 and the team would not look back. The 4-2 victory for RSL was well deserved. The team dominated the match from the start and finished their chances. Despite not playing for silverware, the Real Salt Lake U-17 team has given maximum effort.

A highly anticipated U-17 match at Generation adidas Cup between the Los Angeles Galaxy and Real Salt Lake took place at a crucial juncture of the tournament. With all three teams in the group standing on three points and heading into the final match, it was imperative that each team go for the victory. A beautiful summer evening in Frisco, Texas provided the perfect backdrop for this encounter. Real Salt Lake stormed out from the opening whistle and wanted the victory. Early firm possession and a few shots on goal from RSL set the tempo. The Galaxy team decided to bring the pressure and forced a few RSL turnovers. Galaxy were quick to counter on those mistakes but the RSL defenders held it together for the first twenty. RSL striker Ben Spencer did his best up front to crack the Galaxy defense and went close on a few attempts in the first half. The Galaxy team held their composure throughout the first half and were awarded for their play. A good build up and ball movement saw Galaxy take the lead in the 21st minute courtesy of Sebastion Velasquez. RSL responded and continued to move forward, forcing many corner kicks along the way. Early first half RSL substitute Kainoa Bailey made a quick impact as he attacked the Galaxy defenders, forcing the action. The RSL team shifted gears in the second half and dominated the first ten minutes as the ball rarely left the LA side of the field. Unfortunately the RSL side could not find a clear cut chance and were once again punished for not being spot on. Galaxy player Paul Aririola was given space to turn and blasted an absolute cracker of a goal from distance to give LA a two goal lead. RSL responded well and did not give in while LA stood back in defense. The RSL team attacked until the final whistle but could not score their first goal as the Galaxy team defended well. Despite forcing at least a dozen corners, RSL could not capitalize. This was a game of missed opportunities for the Real Salt Lake team while the Galaxy converted. In a game of inches, the team that converts most often wins the match. The RSL team is back in the action today against the New England Revolution.