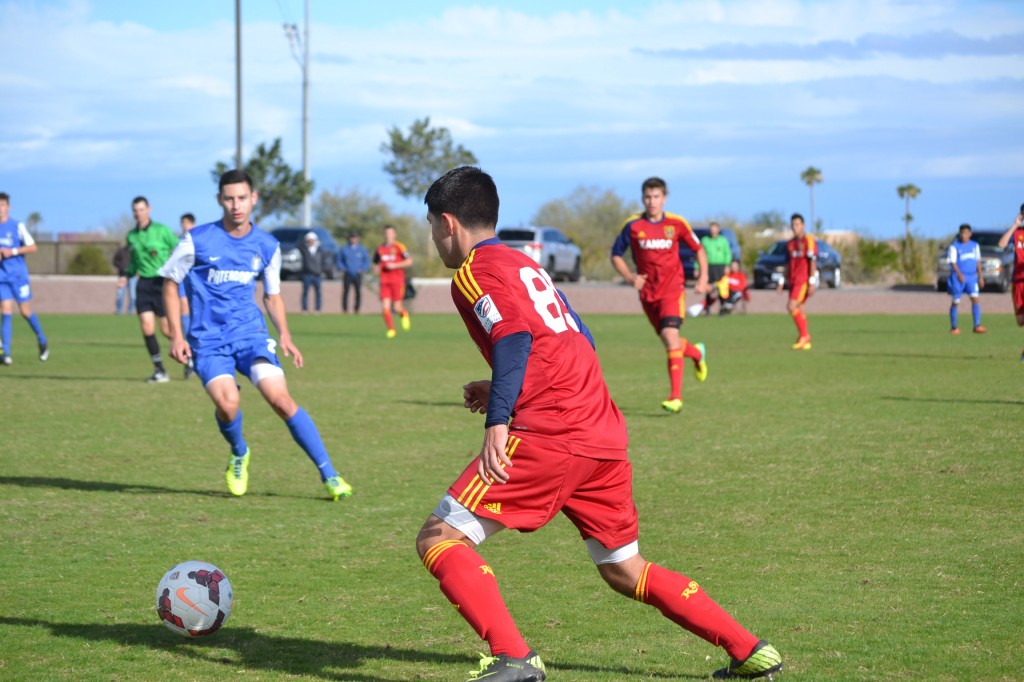 CASA GRANDE, Ariz. – The Real Salt Lake U-16 Academy team has dominated the opposition at home this season and Saturday was no exception. A five goal effort from five different players carried the Claret-and-Cobalt to their fourth consecutive shutout at home in which they have outscored opponents 16-0.

Photo Gallery: Real Salt Lake U-16 vs. Pateadores U-16

Following the same script from the U-18 match, the U-16s jumped out to an early lead when Brooks Lennon intercepted a poor Pateadores pass in the final third. He charged the net and then laid the ball off to Sebastian Saucedo for his team high 6th goal. RSL looked to double their lead in the 19th-minute when Gavino Carranza played a deadly ball forward to Diego “Diablo” Silva. He cut in from the wing and whipped in a piercing cross to Lennon, who just pushed the ball wide.

As RSL continued to play with a high line they forced the Pateadores goalkeeper into a mistake in the 25th-minute on a long ball from the back. Saucedo ran to the spot, which forced the goalkeeper to come off his line and clear the ball with a thunderous punch. The only problem was that he was out of the box and shown a straight red.

RSL capitalized on being up a man when Lennon on the left-wing laid a ball to Saucedo, who cut into the box. The Pateadores defense converged around Saucedo, but left Josh Doughty unmarked for an easy finish from Saucedo’s pass.

The Pateadores did not travel with an extra ‘keeper, which forced a field player to go in goal. He saved a handful of RSL shots on both sides of the half and kept the RSL attack at bay until the 54th-minute when Josh Doughty played a killer ball up to a streaking Silva. He used his speed to beat the defender to the line and hammered a high shot over the goalkeeper and into the right-side netting from a near impossible angle.

Lennon scored RSL’s fourth in the 59th-minute on a Silva pass and RSL goalkeeper Christian Herrera came up with a big save on a penalty kick in the 63rd-minnute.

Terrell Lowe came on just before the Herrera save and proved to be a handful for the Pateadores defense, as he almost had his first goal on the season when he directed a Lennon cross wide in the 69th-minute. Lowe made up for it 60 seconds later when he broke through the Pateadores defense and beat the goalkeeper wide for RSL’s fifth and final goal. 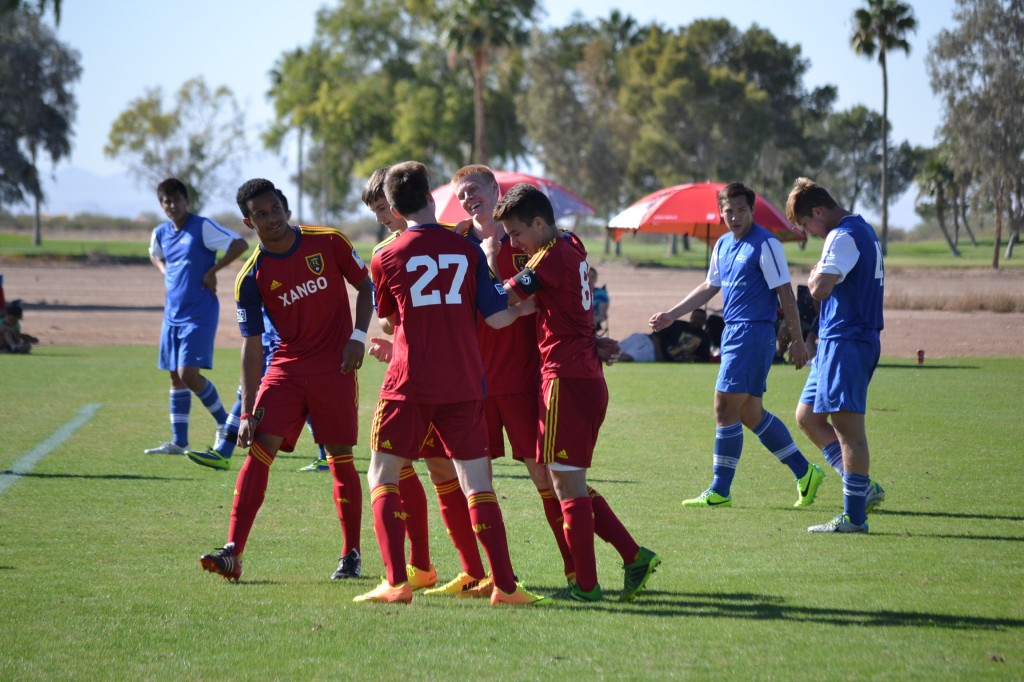