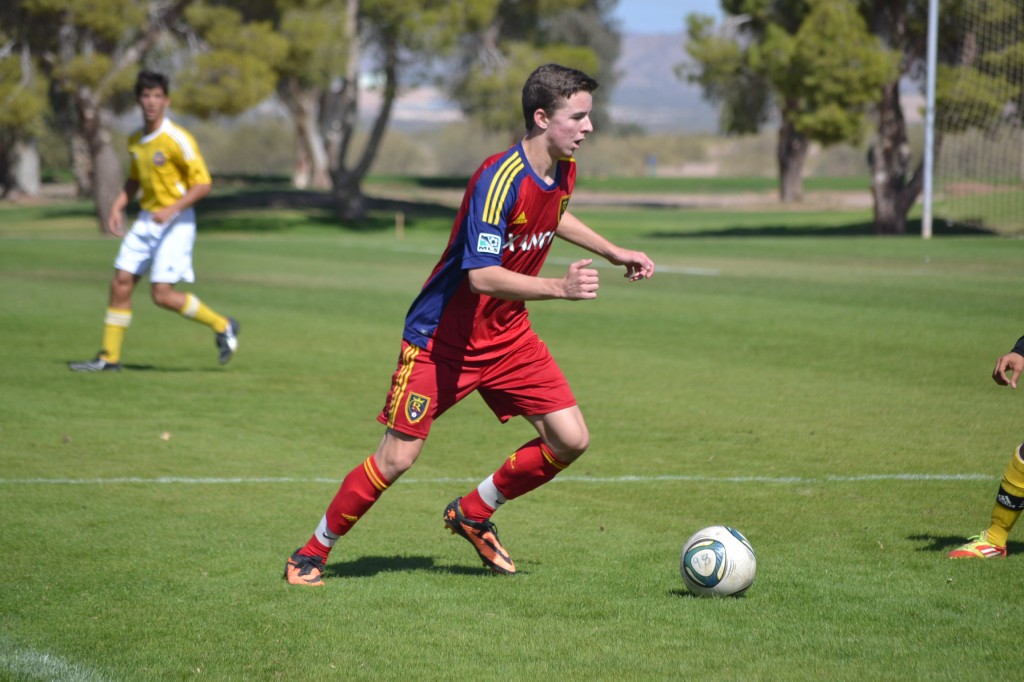 CASA GRANDE, Ariz. – The Real Salt Lake U-16 and U-18 Elite teams won a combined four matches in Arizona State League play this past weekend and outscored the competition 15-2. This is the first year the Real Salt Lake Elite teams have participated in the Arizona State League and through five matches both sides remain unbeaten with the U-16 team holding down first in the standings for their age group and the U-18s second in their division.

The U-16s, playing at home for the first time this season, hosted Banat SC 98 on Saturday morning and defeated the opposition 3-0. Josh Allison scored the opening goal in the first half and Gio Alcocer added a brace in the second half for the Claret-and-Cobalt. On Sunday, the U-16 Elite team defeated San Tan 98 Legacy Red 3-0. Patrick Ring scored the opening goal in the match, which was followed by a Ryan Flood blast moments later. Javi Avelar scored the final goal for RSL in the second half.

Photo gallery: U-16 Elite vs. Banat

The U-18 Elite team traveled up to Phoenix on Saturday afternoon and squared off against Flagstaff SC FSC 96. Paul Bin notched a hat-trick for the  Claret-and-Cobalt with Albert Molina and Luke Novick adding the final two goals for RSL in a 5-0 win. On Sunday, the U-18 Elite team remained at the Grande Sports Academy and hosted San Tan 96 Legacy Red. Josh Taylor, Radu Marcu, Danny Moreno and Molina scored for RSL in the 4-0 win.