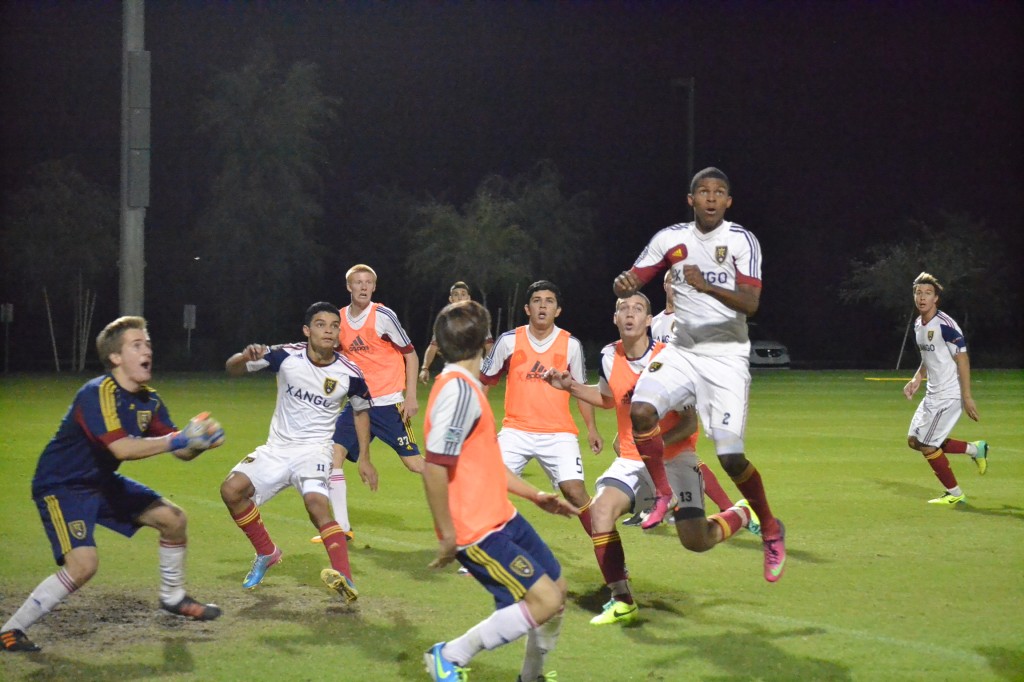 CASA GRANDE, Ariz. – The Grande Sports Academy is preparing for a busy weekend, as the Real Salt Lake Academy and Elite teams will play six matches in two days with five matches being played at the GSA.

The RSL U-18 and U-16 Academy teams will remain at home for the first time this season when they host Real So Cal on Sunday. The U-18 Academy, ranked #1 in the nation by Top Drawer Soccer, has won all three matches played this season and has outscored opponents 6-1. They will be facing a tough Real So Cal team, who has scored nine goals in two wins this season. In RSL’s most recent match on October 6th, the Claret-and-Cobalt defeated the LA Galaxy 3-1 at the StubHub Center. Forward Niki Jackson leads the team in scoring with two goals while goalkeeper Luis “Wicho” Barraza has earned two clean sheets.

The U-16 Academy team, ranked #2 in the nation by TDS, won their first two matches before suffering their first loss against the LA Galaxy. The Claret-and-Cobalt has outscored opponents 13-3. Josh Doughty leads the team in scoring with four goals while Tate Schmitt has notched three. Diego “Diablo” Silva has continued his impressive run of form from last season’s end and has scored two goals this season. Silva has scored 5 goals in his last 10 matches. Real So Cal is 1-1 this season.

The Elite teams will be returning to Arizona State League play this weekend with the U-16s set to play on Saturday morning at the GSA with kickoff at 10:45 a.m. against Banat SC 98B. On Sunday, the U-16s will host San Tan SC 98 Legacy Red with kickoff set for 9:00 a.m. The U-16 Elite team has won all three of their matches played in the Arizona State League this season and has yet to concede a goal.