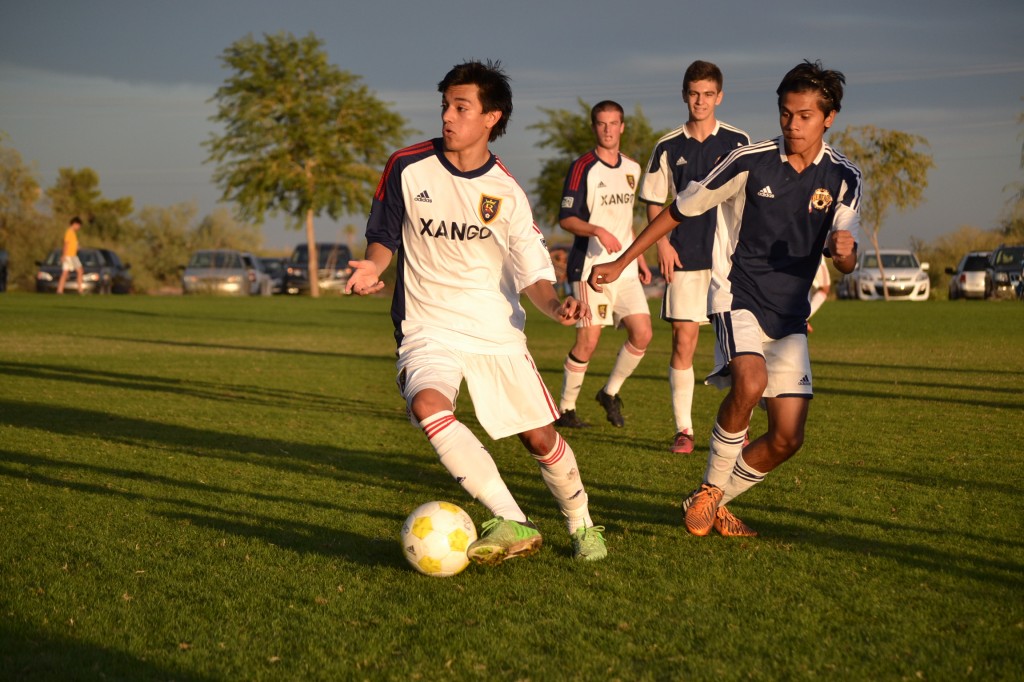 CASA GRANDE, Ariz. – The Grande Sports Academy will be back on the road this Thanksgiving Weekend for the second consecutive year, as the Real Salt Lake U-18 and U-16 Elite are set to participate in the 2013 Nomads Thanksgiving Tournament in San Diego. The Academy teams are off this weekend and will return to league play in two weeks.

Full weekend schedule and tournaments rules at bottom of page

GSA coaches will have their hands full at the Nomads Tournament with a combined six matches in two days for the U-18 and U-16 Elite teams. Both Elite teams will compete in age groups that feature twenty-four teams broken up into seven groups. The winning team from each group will advance to the quarterfinals, which will be held on Saturday night for both the U-16 and U-18 age groups. There is one wildcard spot available for each age group. The Semifinals will be held on Sunday morning with the Championship match on Sunday afternoon.

The U-16 Elite team will be the first team to play, which will be on Thursday morning at 9:30 a.m. against Placer United 98B Red. Five hours later the U-16s will square off against Encinitas Express and wrap up group play on Saturday against Diablo FC 97B at 8:00 a.m.

The U-18 Elite team will kickoff group play with two matches on Thursday. The first at 11:00 a.m. against Strikers FC Whittier – McManus and the second against San Diego United at 3:30 p.m. They close out group play on Saturday morning against Inter FC 96 Premier at 11:00 a.m.

TIE BREAKER RULES
For divisions with wildcard teams, the wildcard teams will be the teams that do not win their bracket, with the highest point totals. In the event of a tie on point totals, the below tie breaking system will apply.