CASA GRANDE, Ariz. – The Vancouver Whitecaps are the second Major League Soccer club to call Arizona home for a portion of the 2014 preseason. The Caps arrived late on Monday night and will spend the next nine days at the Grande Sports World before heading back to Canada on February 12th.

Vancouver is going to be busy with three matches scheduled against MLS and NASL opposition. The first match is against Indy Eleven at the Grande Sports World on Wednesday, February 5th at 4:00pm; Indy are in the midst of their first preseason camp with signed players in franchise history. The Caps will then stay at the GSW and face Cascadia foes Seattle Sounders the following day with kickoff set for 11:30am and will head to Tucson on Sunday, February 9th, for another match against the Sounders; kickoff set for 11:30am.

CASA GRANDE, Ariz. – North American Soccer League’s Indy Eleven is in the midst of its first preseason camp with signed players in franchise history. The first-year franchise checked into the Grande Sports World on February 1st, and will spend the next thirteen days in the Grand Canyon State gearing up for the 2014 NASL season, which is over two months away.

Indy Eleven will train at the Grande Sports World and will kick off the match portion of their preseason with three matches scheduled against Major League Soccer clubs. The first against Vancouver Whitecaps on Wednesday, February 5th, with kick off set for 4:00pm local time at the Grande Sports World. Indy will then face MLS Cup champion Sporting Kansas City on Friday, February 7th at 2:00pm and will wrap up their preseason in Arizona against Portland Timbers on Wednesday, February 12th at 6:00pm; both matches will be held at the Kino Sports Complex in Tucson.

NOTE: Click on one picture and a slider gallery will from. 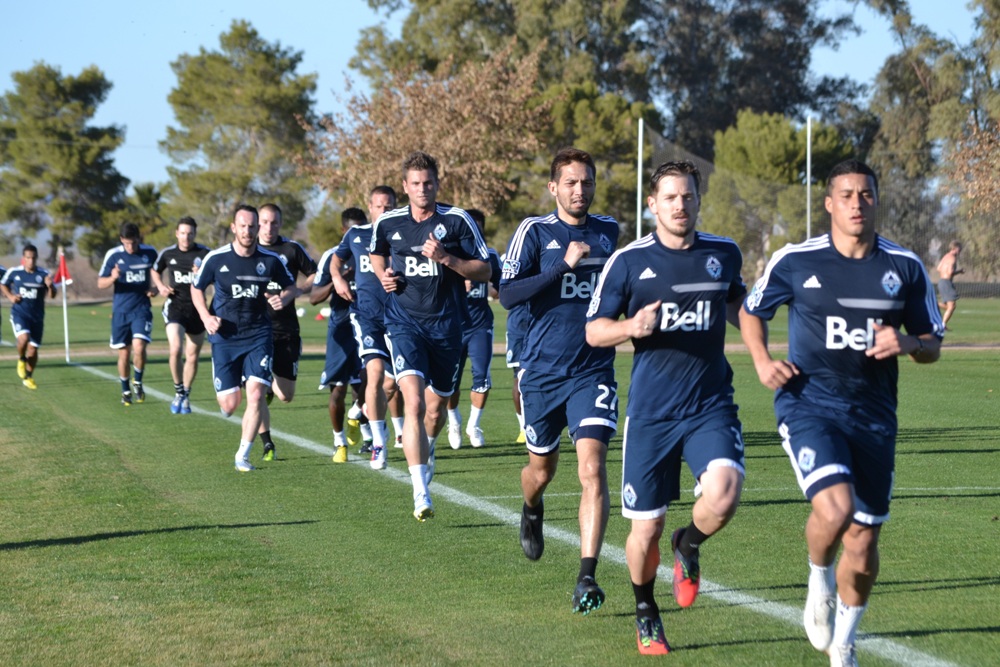 CASA GRANDE, Ariz. – The Grande Sports Academy is set to host three professional soccer clubs in early 2014, as Real Salt Lake, Vancouver Whitecaps and Indy Eleven will spend a portion of their preseason at the GSA.

This marks the 5th-consecutive year that Major League Soccer’s Real Salt Lake and the Vancouver Whitecaps will call the Grande Sports Academy home in the preseason. Indy Eleven, who will make their debut in the Northern American Soccer League in early April 2014, will be holding their first preseason camp in franchise history.

Last year, the Grande Sports Academy hosted: Real Salt Lake, Seattle Sounders, Vancouver Whitecaps and New England Revolution. Sporting Kansas City and the Denmark U-20 team did not stay at the GSA, but did train on site.