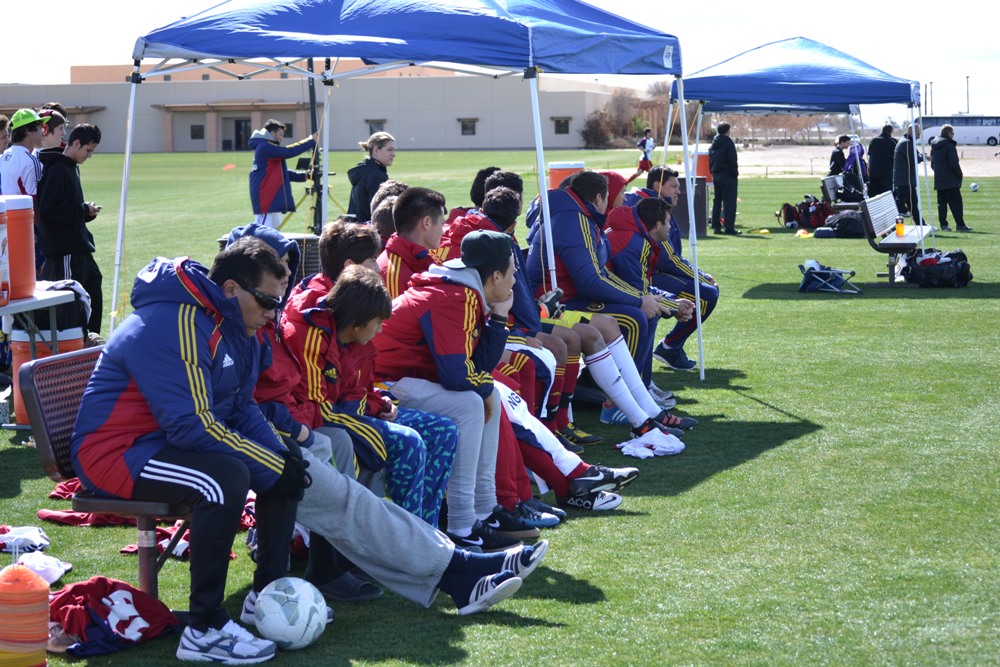 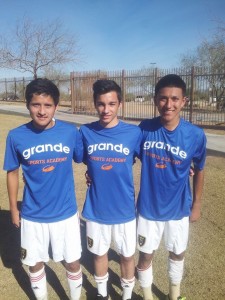 PHOENIX – The Real Salt Lake – Arizona U-16 Elite team kicked off 2014 by defending its U-16 title at this year’s edition of the Desert Classic Tournament. The U-16s won all three matches played at Reach 11 and outscored opponents 7-2 en route to winning the 2014 U-16 DCT U-16 Gold Group.

For a full run down on all the weekend’s action, check out the capsules below.

Playing in their first match in over 2 months, the RSL-AZ U-16 Elite team jumped out to a promising start with efficient movement and precise attacking into the Tucson Soccer Academy defense. Unfortunately for RSL their efforts went to the wayside when an unmarked TSA player on the backpost scored the opening goal from cross-and-header in the seventh minute.

The U-16s collected themselves and went back to work and almost scored the equalizer in the 16th minute when Erik “Gallo” Virgen played a ball through traffic to a streaking Gio Alcocer. He volleyed a shot that took a bounce off the ground before the TSA ‘keeper jumped up and deterred the chance.

Seven minutes later RSL found the back of the net and equalized the match when Alejandro Parra curled a low screamer around the wall that went though the goalkeeper’s hands and into the back of the net. Ten minutes into the second half, Aristotle Zarris doubled RSL’s lead from a Gallo cross, when he hammered a bouncing ball into the goal from inside the box for his first goal at the Grande Sports Academy.

The U-16s had a few more chances late, but couldn’t extend the lead and closed out the first match at the DCT with a 2-1 win.

Looking to shake off a less than impressive opening match, the U-16s came out firing in the opening minutes and jumped out to the lead within moments on Parra cross that went into the box. Alcocer ran up and volleyed a shot. The Ahwatukee ‘keeper got a touch before Robby Orona tapped the ball into the net. RSL doubled their lead in the 9th minute on an aggressive Alcocer run down the left-wing. He sent a long ball to the backpost, which found an unmarked Parra, who calmly took a touch and slotted the ball under the diving goalkeeper.

RSL continued to assert their dominance and added a third goal in the 52nd minute on a brilliantly executed counter from an ill-fated Ahwatukee corner. Austin Tucker collected the ball near the midfield and dribble up the halfway line. He played a through ball to Parra on the wing, who continued to dribble forward before sending Robles on a run. The Ahwatukee goalkeeper ran out, but was steps behind Robles, who finished far post.

RSL moved the ball around with ease after the third goal and closed out the second match with a 3-0 win.

In the third and final match at the DCT, the U-16s squared off against a familiar SC del Sol opponent. After 24 minutes opening play, which saw chances limited for both sides, Robles was subbed in a provided an immediate spark from the bench. He and Parra connected in the 31st minute when they dribbled and passed through the SC del Sol defense. Robles fired a shot from the left-wing, which was deflected out by the ‘keeper, but to an unmarked Josh Allison who made sure not to miss from a few yards out.

SC del Sol settled down and was on the fortunate end of an unfortunate clearance by Ethan Shacknai, who went to clear a ball in the box. As he kicked the ball a SC del Sol player ran up and blocked the clearance, which bounced back and into the RSL goal for the equalizer.

However, on the other side of the pitch, the U-16s caught a break in the 57th minute when Alcocer beat a defender down the line and cut into the box before he was tackled from behind. Robles stepped up and converted the penalty for the eventual match winner.

RSL knocked the ball around and limited SC del Sol’s chances en route to a 2-1 win. 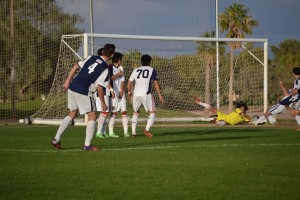