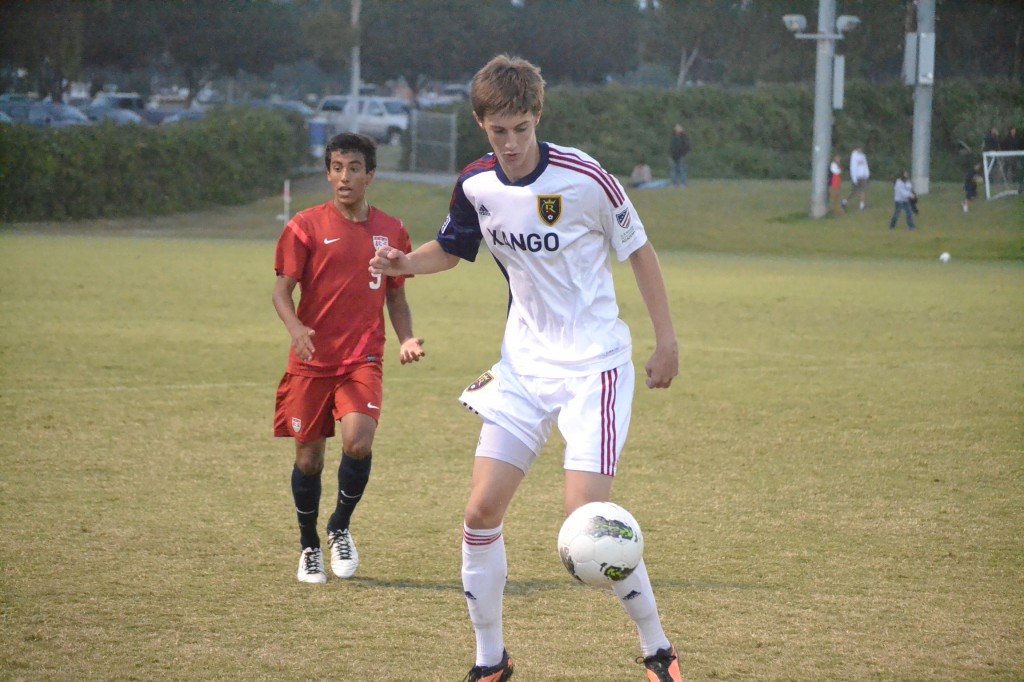 CARSON, Calif. – In the first ever meeting between the two sides, the Real Salt Lake U-16 Academy team defeated U.S. Soccer’s U-15 BNT on Saturday night with a hat-trick from Brooks Lennon and a clean sheet from goalkeeper Christian Herrera.

Lennon, who made his debut for the U-16 MNT earlier this year, opened up his tally in the 26th-minute when he put away a deflected Miles Stray shot. He doubled his count on a beautifully hit free kick from 20 yards halfway through he second half and scored his final goal in the 72nd-minute. Lennon wasn’t the only player on Saturday night who performed exceptionally. Defenders Justen Glad, Aaron Herrera, Gavino Carranza and Danny Acosta with help from holding midfielder Fito Ovalle kept the U-15 BNT attack at bay and limited them to just three shots on goal.

Grande Sports Academy U-16 & U-18 Elite teams participated in their first tournament of the 2013-14 season when they traveled to California over Labor Day weekend to play in the 2013 North Huntington Beach Cup.

The NHBC was an important stepping stone for a young U-16 Elite team who only had one returning player from last season.

Pregame notes: The U-16 Elite team was drawn into group #2 with 3 other teams. The winner and runner-up from the group will advance to the quarterfinals, which will be played on Sunday night. 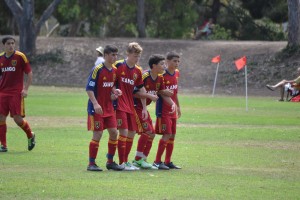 The U-16 Elite team starting XI in the first match of the 2013 NHBC had 10 new faces. The only returning player was Duncan Storey, who was given the captains arm-band by the coaches.

RSL had two nerve-racking moments in the opening minutes when an I.E. Surf attack caught the defense off-guard, however their shots were both wide.

In the 9th minute, RSL ’99 player Erik “Gallo” Virgen started his GSA career with a statement. Gallo, just inside the Surf half trapped a pass and took a touch forward. He looked up at the Surf goalkeeper and unleashed a bomb from 35 yards out. The Surf goalkeeper didn’t have enough time to react as it hit the left-side netting.

RSL had a few more chances and the next best one occurred in the 16th minute when Alejandro Parra trapped a ball for Gio Alcocer. He fired a shot that was wide. RSL goalkeeper Conor Orton was also busy and made some tough shots look easy when he made back-to-back saves just before the half.

The second half was a back and forth contest for both teams, as both teams struggled to control the pace. Alex Valdez did impress in the second half with his pace and athleticism. He had a shot saved and then made some crucial clearances before the final whistle.

However, the unfortunate happened when I.E. Surf equalized in the 54th minute. RSL pushed, but were unable to score the game winner.

Pregame notes: RSL allowed 2 points to slip through their hands when I.E. Surf equalized late. RSL could not afford another draw and need 3 points in this second group match. 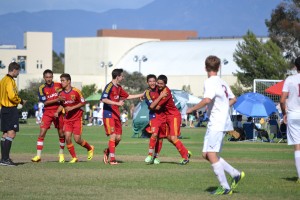 Moments after the opening whistle was blown, the U-16 Elite team played much improved soccer. The first match was a crash course in the “RSL Way” and the second match was an opportunity for the players to show what they have learned hours before.

Then Erik “Gallo” Virgen scored another spectacular goal right before the half. He collected the ball just outside of the 18 and dribbled through 4 defenders and finished the effort far post. With the lead in hand the U-16 Elite team gained confidence and were even more deadly in the final third of the second half.

Robles had two shots saved and Alejandro Parra had one as well. United never threatened in the second half and RSL doubled their lead in 58th minute when Parra dribbled down the right-wing. He then sent in a low cross and Robby Orona redirected the ball into the back of the net.

Pregame notes: The U-16 Elite team had 4 points from two games. 3 points would secure automatic advancement and 1 point with help would advance RSL to the quarterfinals. 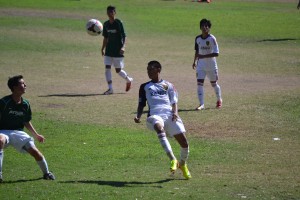 RSL wasted no time when they jumped out to an early lead in the opening minutes. Gallo played a through ball to Alejandro Parra, who finished far post. RSL continued to create chances because of high pressure. RSL controlled the majority of the first half and went into the break with a 1-0 lead.

After the halftime break RSF pounced on an errant back pass and took advantage of the defensive breakdown and equalized in the 34th minute. Two minutes later RSF grabbed the lead when a well-timed pass was converted inside the box.

Goalkeeper Conor Orton then made some big saves in the 45th and 46th minutes. Three minutes after Orton made the saves, Robby Orona was on the fortunate end of an attempted clearance by the RSF defense. He took a touch and finished a tough shot far post to equalize the game. Diego Robles had RSL’s last chance in the 57th minute when his shot went just over the crossbar.

The one point RSL picked up in the draw was enough to advance to the quarterfinals, which would be played later in the day.

Pregame notes – RSL has advanced to the quarterfinals. If they win this match they advance to the semifinals, which will be played on Monday. 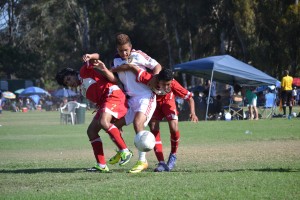 The U-16 Elite team finished group #2 as the runner-up going unbeaten in three games for a 1-2-0 record. Their opponent was DMS11 Academy, who won all three of their group games. Moments into the quarterfinals match, DMS showed RSL why they were one of the better teams at the tournament.

In the 4th minute a penalty was called on RSL deep inside their half. A DMS player stepped up and fired a low screamer that was heading for the far post. RSL goalkeeper Conor Orton dived for the ball, but was not able to make the save. Down a goal early coaches and players had to play catch up, which surprisingly resulted in the best soccer the U-16 Elite team played all weekend. The possession, width and quality in the final third were all on display. The backline of Marcos Hernandez, Alex Valdez, Patrick Ring and Ethan Shacknai were aggressive and stonewalled many DMS attack players. The one thing that was lacking was the equalizing goal.

After the halftime break RSL continued to push for the goal and received a break when a DMS player was shown a second yellow card. RSL now up a man threw players forward and started to create better chances when Ryan Flood was inserted into the game. His piercing runs down the left-wing created matchup problems for the DMS defense.

RSL then equalized in the 50th minute when Hernandez headed a cross into the back of the net. However his celebration was short-lived because the linesman signaled for a offside. DMS then started to kick the ball around and parked the bus, which made the task even more difficult for the U-16 Elite team. Time ran out for RSL and they were eliminated from the 2013 NHBC following to 1-0 loss.