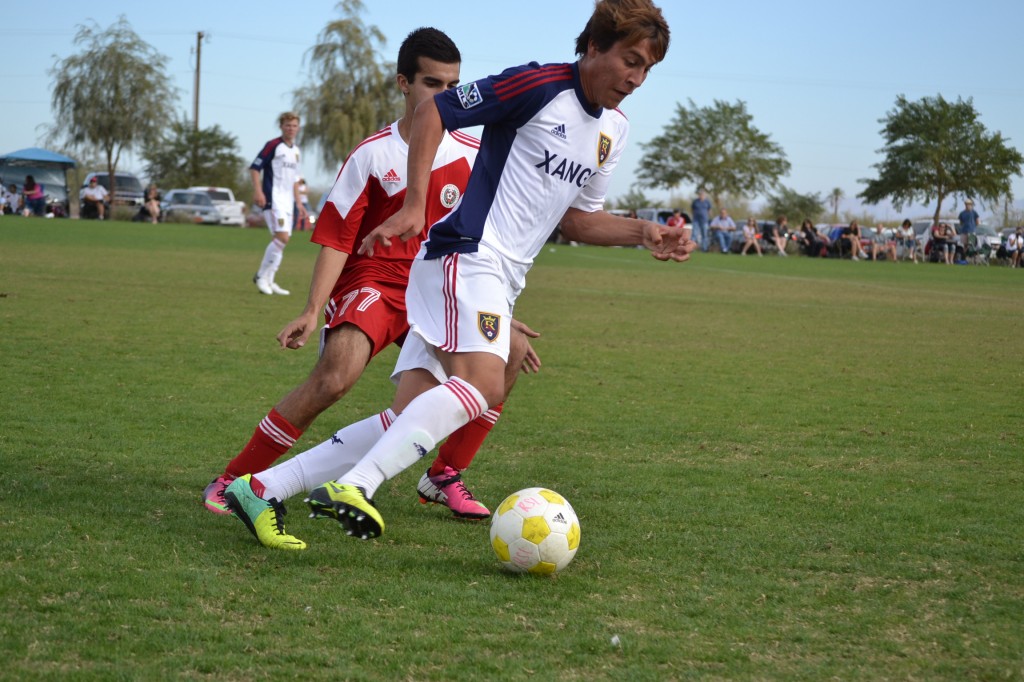 CASA GRANDE, Ariz. – The Real Salt Lake U-16 Elite team came from behind and scored two goals in the second half on Sunday at the Grande Sports Academy, which propelled the Claret-and-Cobalt to a 3-2 win over TSA Red for their first points in the Far West Regional League.

The RSL U-16 Elite team went down a goal early when the defense tried to play it out of the back. A TSA player intercepted a pass and finished the effort for the opening goal. RSL scored equalizer minutes later when Erik “Gallo” Virgen whipped in a cross from a corner. The TSA goalkeeper ran out and mistimed his jump. His fingers got a touch, but the ball had too much pace and curved into the goal.

As RSL was busy celebrating the equalizer, TSA pushed down the right flank with urgency. Poor marking allowed a TSA player to send in a cross to an unmarked teammate, who finished the effort.

After some halftime adjustments, RSL found new life and scored another equalizer when Gallo played a ball up to Diego Robles. He trapped the ball with his chest, brought it down to his feet and slotted it near post. Robles continued to abuse the TSA defense and with 10 minutes left he rifled a shot at the goalkeeper, who made a diving save to his right. The ‘keeper wasn’t able to clear it and an opportunistic Gio Alcocer pounced on the ball and finished for the match winning goal.

Through five FWRL matches, the Real Salt Lake U-16 Elite team is 1-4.