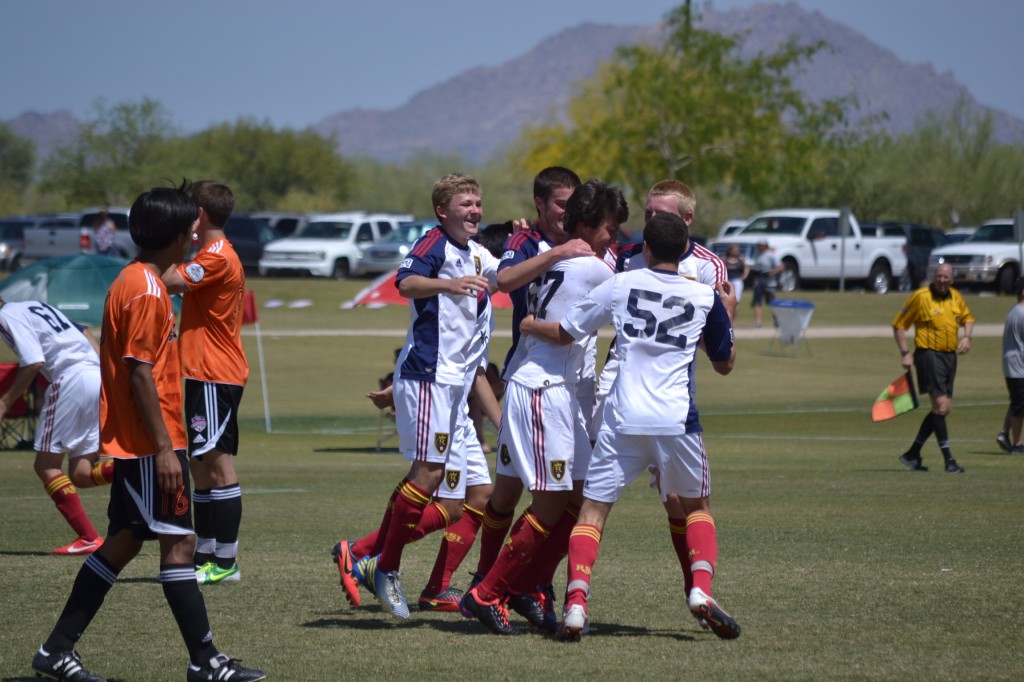 Grande Sports Academy Real Salt Lake Elite teams are not out of the Arizona State Cup but have a lot of work to do going into the weekend to stay alive. Below are overviews for each team and what they can do to advance out of group play.

RSL U18 Elite Overview – RSL lost the opening game to Tucson TSA 95 Boys Red, 4-0, on Saturday, April 20th. RSL’s final group game will be this Saturday against Fusion FC at 8:00am. The game will be on field #4 at Scottsdale Sports Complex.

To Advance – With both teams on equal terms in the group a draw would move the game to a penalty shootout. For RSL to avoid this they can grab the victory by any scoring margin. If RSL advances they will play in the quarterfinals the next day, Sunday, at 1:40pm.

RSL U16 Elite Overview – RSL went down early in the opening game but came back strong scoring 3 goals and defeating Valparaiso, 3-1 on Saturday. On Sunday RSL went down early again but fought back to equalize the game in the second half. CCV Stars countered late and scored the go ahead goal defeating RSL, 2-1. RSL’s final group game will be this Saturday versus Sereno.

To Advance – RSL needs a victory and CCV Stars loss or draw. If RSL draws Sereno then CCV Stars must lose. If RSL and CCV Stars end up with the same amount of points CCV Stars will advance due to the head-to-head record. RSL can still win the group if they defeat Sereno. If RSL wins they will advance to the quarterfinals the next day at 10:00am.