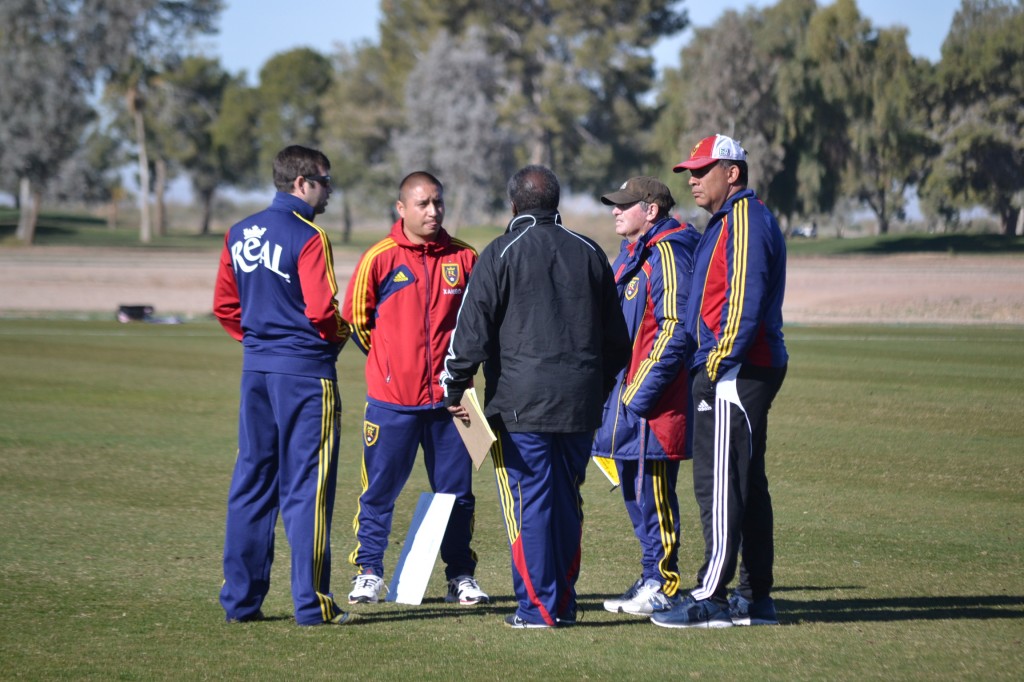 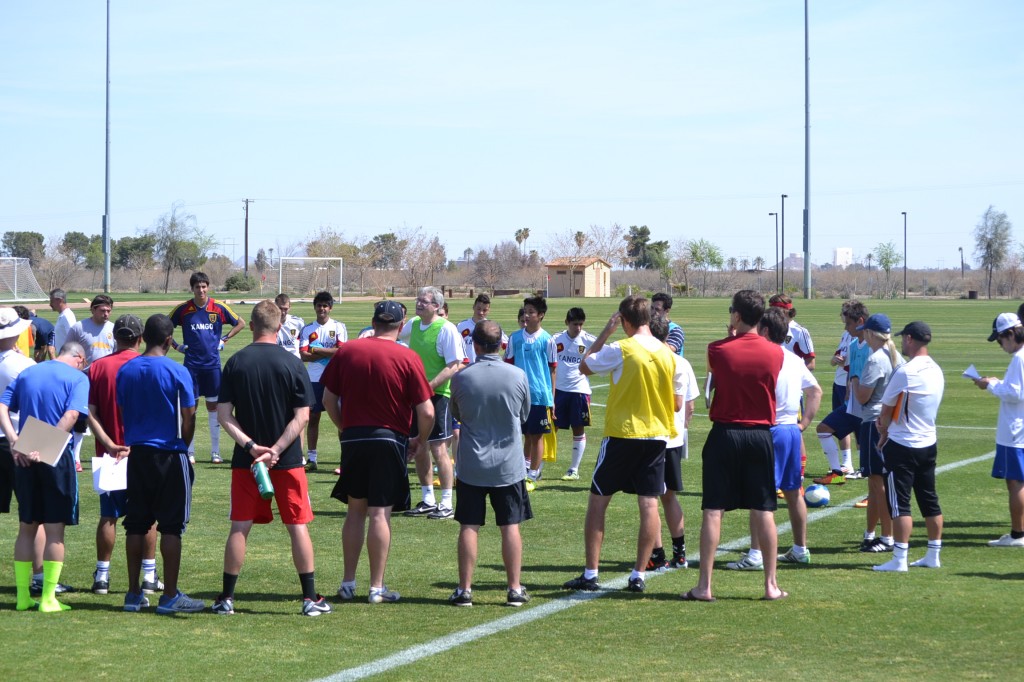 GSA players, along with a few local clubs were asked to participate in the drills and simulations U.S. Soccer instructs the coaches seeking certification to lead.

U.S. Soccer will return in 2014 with courses in January and March.

This past year, U.S. Soccer held a camp for “C”, “B” and “A” certification in January and in March over 20 coaches participated in a “B” certification.

For 38 years, US Soccer has been certifying coaching licenses at various locations throughout the US. In what is now their 4th year at the Grande Sports World, US Soccer has been hosting coaching licenses for the past week  for A, B and C certification. On Thursday night the boys participated in some of the exercises lead by coaches who are looking for their license. Check out the gallery below!