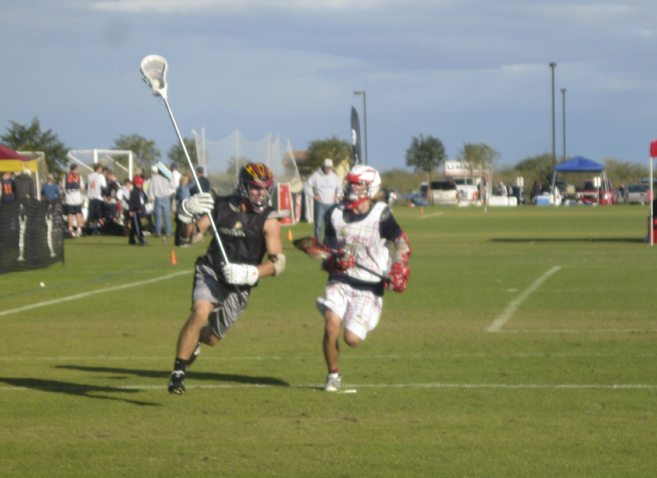 Hello everyone! My name is Lexi Monaghan and I am the new intern here at Grande Sports Academy. To give you some background information on myself, I am a sophomore at Arizona State University. I am currently studying Sports Broadcasting and loving every second of it. Growing up I played a little bit of everything; soccer, softball, basketball, dance, lacrosse, horseback riding and even martial arts.  Embarrassingly enough, for a few of those sports, as a young girl, I cared more about the color of my uniform than the actual game. Lacrosse however, is a long-standing favorite/obsession among all members of my family. Ever since I can remember, I have been surrounded by the crazy world of sports and obviously, I haven’t been able to stray away. Well enough about me…

For all you lacrosse fans out there, this past weekend GSW took home to one of the four Adrenaline Tournament Series. The Sun Devil Sizzler featured 50 different teams at 4 distinct skill levels; elite, high school, middle school and youth. The competition was fierce and the fans were buzzing with excitement. The parking lots were full and GSW was swamped with families and fans here to cheer their favorite teams on to victory.

The boys battled it out for the duration of both Saturday and Sunday delete for the possibility of earning the title of Sun Devil Sizzler champion. Mid-day Sunday I caught up with Jason Stockton, coach of the elite team, South Sound Stars, to gain insight on his thoughts about the tournament. “Our particular team is focusing on making mistakes and learning from them. We hope to further our strengths to be a force on the elite level,” explained Jason. Many teams participating in the Sun Devil Sizzler are preparing themselves for future tournaments in the series, mainly the Sin City Showdown in Las Vegas.

By the end of the day Sunday, the final championship games were in full swing and the tensions were high. For youth, the RC Stars beat the Laxdawgs with a final score of 5-1. Middle school wrapped up with the Flow Bros finishing strong with a 11-7 lead against the RC Stars, and high school ended with a LA Lazers win against SALA High school, 6-3.

The real anticipation surrounded the outcome of the elite championship game between the Laxdawgs Brown and AZ Burn. Not only were the two teams fighting for the winning title, the “AZ Burn was hoping to redeem themselves over a devastating loss to the Laxdawgs Brown that took place over the recent summer,” explained their head coach, Chris Malone. “My team has a different mind set, this tournament is not a stepping stone to the next… we came here to win.”

Finn Wells, mid-fielder for the AZ Burn, expressed that their team has been playing together for a while now and that they work hand in hand. He stated, along with their goalie, Russell Bartle, that so far they have cruised through the tournament with ease and were ready for some competition.

Well, competition is exactly what they got during the game against the Laxdawgs Brown. At half the score was 5-1, Laxdawgs. Even with an impressive lead, Hunter Jones, attack man for the Laxdawgs, revealed his thoughts on the game, “Stick it through, it’s not up until it’s over.”

Ultimately, the Laxdawgs were victorious with a final score of 7-5 to win the championship! Congrats Laxdawgs and thank you to all who came out to support!