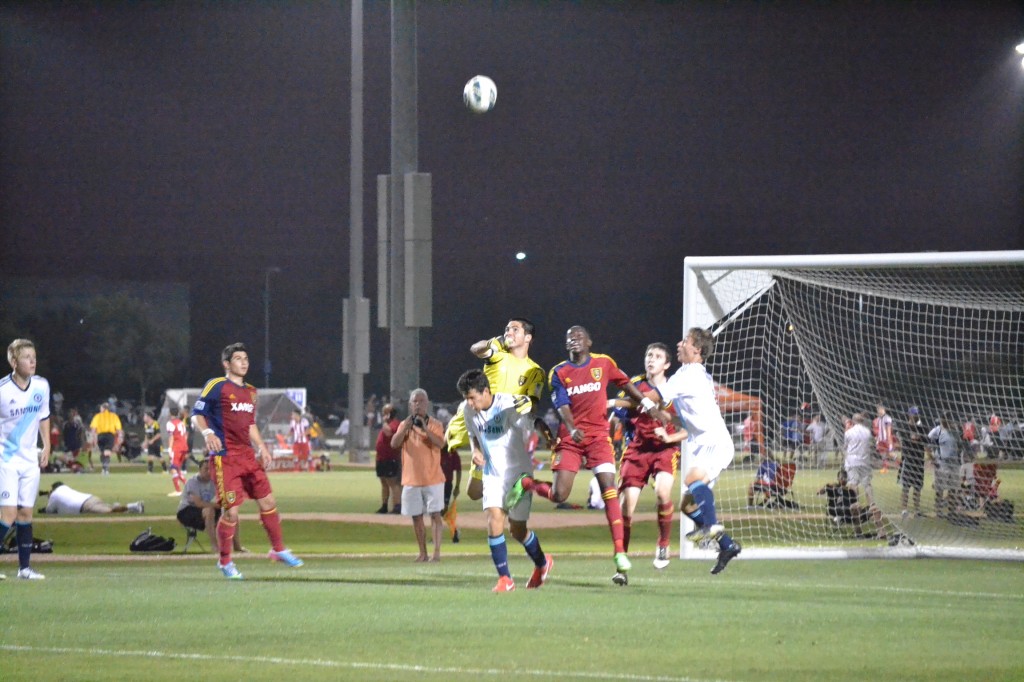 They picked up a vital point to keep them alive in a 2-2 draw with CASL Chelsea FC Academy but were eliminated moments after their game ended when St. Louis Scott Gallagher Missouri scored a late equalizing goal against DC United picking up a point of their own giving them the outright lead and tiebreaker over RSL in group play.

RSL scored an early goal in the 10th minute but saw their lead quickly disappear when CASL players broke through the RSL defense twice on the left side scoring across the face of goal. RSL continued to fight and push players forward in the second half and scored the equalizing goal in the 83rd minute when Coco Navarro was taken down in the box. Benji Lopez stepped up and converted the PK giving him his second in the game. RSL continued to pour players forward but it was not enough as time expired.

Emotions and heavy hearts were high after the game for team that worked so hard all season long to get to this point in the playoffs. The roster also includes eleven seniors who will be moving onto the collegiate level: Andrew Brody, Jon Zabasajja, Trevor Hyman, Benji Lopez, Tigran Tiraturyan, Brandon Marquez, Jonathan Stadler.

And five seniors who have been at the Academy since its inaugural year: Cesar Cobos, Coco Navarro, Luis Chavez, Jose Vasquez, Isaias “Junior” Juarez.

After the game all the players were positive on Twitter and proud of what the have accomplished and expressing how much they will miss their “RSL Family”.

The U-18’s still have one more game and will be playing for pride on Friday morning when they take on DC United at 11:00am. We will miss all of our seniors and wish them the best of luck going forward.