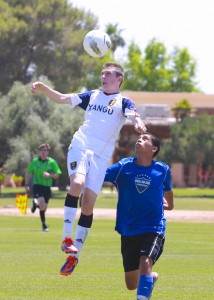 Generation addidas Cup annual tournament is a collaboration of Major League Soccer, US Soccer, and sponsor adidas to raise the level of soccer talent in the United States. This year, the tournament is playing host to 14 U17 and 12 U15 teams from each of the US Soccer Development Academies sponsored by a MLS team.

The following is the roster for the Real Salt Lake teams competing in the MLS GA Cup.