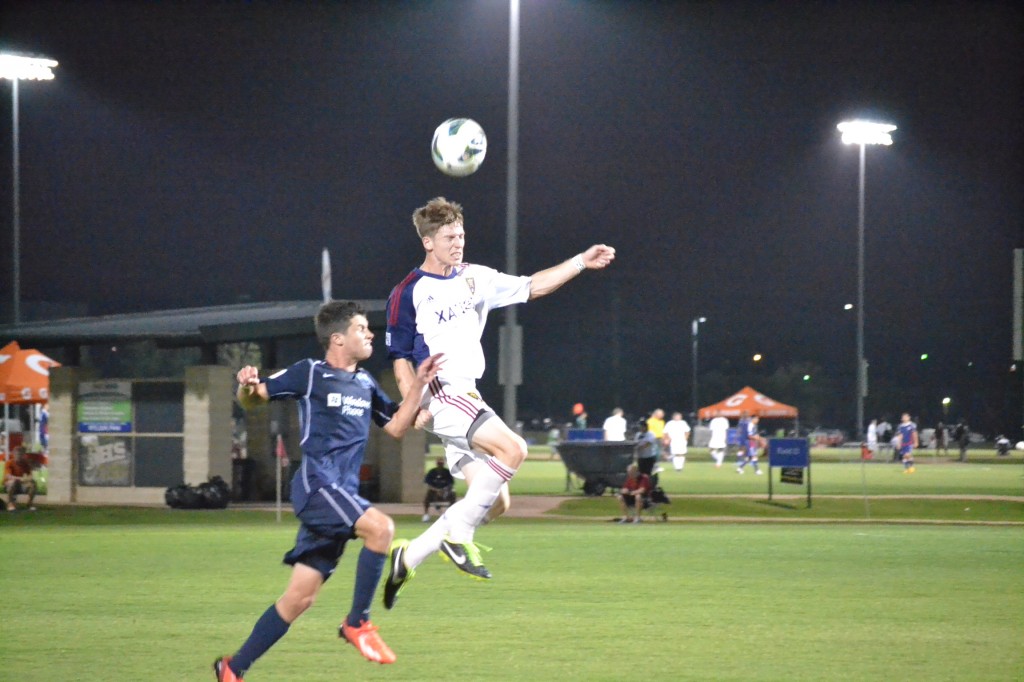 RSL down a goal with 5 minutes remaining subbed in Te Wihongi and it paid off moments later when Wihongi crashed into the box and headed in the equalizing goal from a Isaias “Junior” Juarez cross. The celebration was short-lived, however, as St. Louis stormed back up the field after the restart and scored the game winning goal in stoppage time from a looping shot outside of the 18.

With the loss, RSL is not eliminated in the playoffs but need some help from the other teams in their group to remain alive. If St. Louis win another game, RSL will be eliminated from the playoffs.

St. Louis came out aggressive and strong in the opening minutes of the game. Two timely stops by RSL’s defense kept the game scoreless but it would it would set the tone for the game. St. Louis playing aggressive and RSL on their heels.

Corey Nemeth had a goal saving kick save in the 11th minute and ‘keeper Cesar Cobos stopped a 1v1 in the 20th. RSL settled down a bit, but their opportunities in front of the goal were limited to shots from outside of the 18 and from the wing. RSL’s best chance was in the 33rd minute when Andrew Brody countered and played a through ball to Benji Lopez. His turned and fired a shot that tailed just high. Cobos made another 1v1 save with minutes remaining to keep the game scoreless going into the half.

Coaches made three subs during the halftime break and moved Jon Zabasajja back to CB. This proved to be vital as Zabasajja became a wall in the back winning almost every header and making a key stop in the 60th minute when a St. Louis attacker broke free after Cobos came out for a tackle. The player took a shot and Zabasajja made a goal line stop keeping the game scoreless.

RSL’s luck ran out in the 69th minute when a St. Louis player broke free. RSL defenders moved up for the offside trap but a well-timed run by the St. Louis player gave him a 1v1 with Cobos who missed the challenge. With another empty net the St. louis player rifled the ball into the back of the net giving them the 1-0 lead.  RSL continued to struggle connecting the ball but found the break when Wihongi scored in the 86the minute.

After the equalizing goal St. Louis, still playing aggressive, threw players forward and an ill-timed switch by the RSL defense gave a St. Louis player an open look. He fired the ball over the head of a leaping Cobos. RSL had one final chance but a low cross was easily cleared giving St. Louis the 2-1 victory.

Next game for RSL is on Tuesday vs CASL Chelsea FC Academy. Kickoff is 9:30pm.