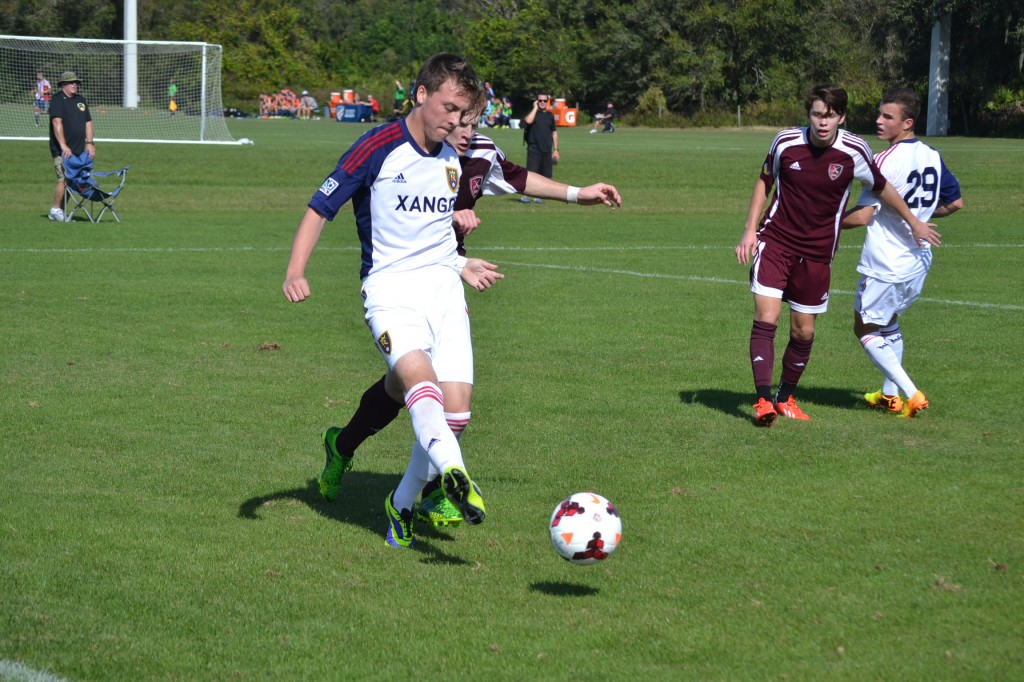 SARASOTA, Fla. – The Real Salt Lake U-18 Academy played Shattuck-Saint Mary’s Soccer Academy U-18 to a scoreless draw on Wednesday afternoon in the first match at the 2013 Winter Showcase. The draw extends RSL’s unbeaten start to eight matches in which they have won six matches, outscored opponents 21-4 and are the current leaders of the Southwest Division.

Real Salt Lake had the majority of the chances, but couldn’t find the right combination to beat a stingy SSM defense, who lost to the Claret-and-Cobalt’s next opponent, in the Winter Showcase, the New York Red Bulls U-18 in last year’s U.S. Soccer Development Academy Championship match.

For extended periods of time in the first half, RSL controlled and dictated the flow of the match, but were thwarted by a resilient SSM defense, which held its shape and played team defense. Just after the half-hour mark, RSL forward Niki Jackson was played a tight pass in the middle from Jose Hernandez. Jackson dribbled into the box and fired a shot, which took a deflection across the face of goal and missed by inches. RSL played a quick corner to Corey Baird, who whipped in a curling shot with pace for the backpost, which was punched out for a corner by the SSM goalkeeper.

RSL then dominated the remainder of the half and shots by Damian German, Te Wihongi and Jose Hernandez were all saved or fired high.

The second half was a mirror image of the first half, as shots by Jackson, German and Brooks Lennon missed their marks.

In the closing minutes of the match, RSL earned four corners in a row, but couldn’t find a way to knock it into the back of the net. On the third corner, Lennon almost converted an “olimpico”, but a heads up play by the SSM goalkeeper preserved the shutout.

On the defensive side on the ball, the Claret-and-Cobalt defense limited SSM to just one shot on net, which was saved by Luis “Wicho” Barraza in the 84th-minute.