LOS ANGELES Cali. – The Real Salt Lake U-18 Academy team remains undefeated in three matches this season after they defeated Chivas USA and the LA Galaxy in a pair of weekend games in the greater Los Angeles area this past weekend. 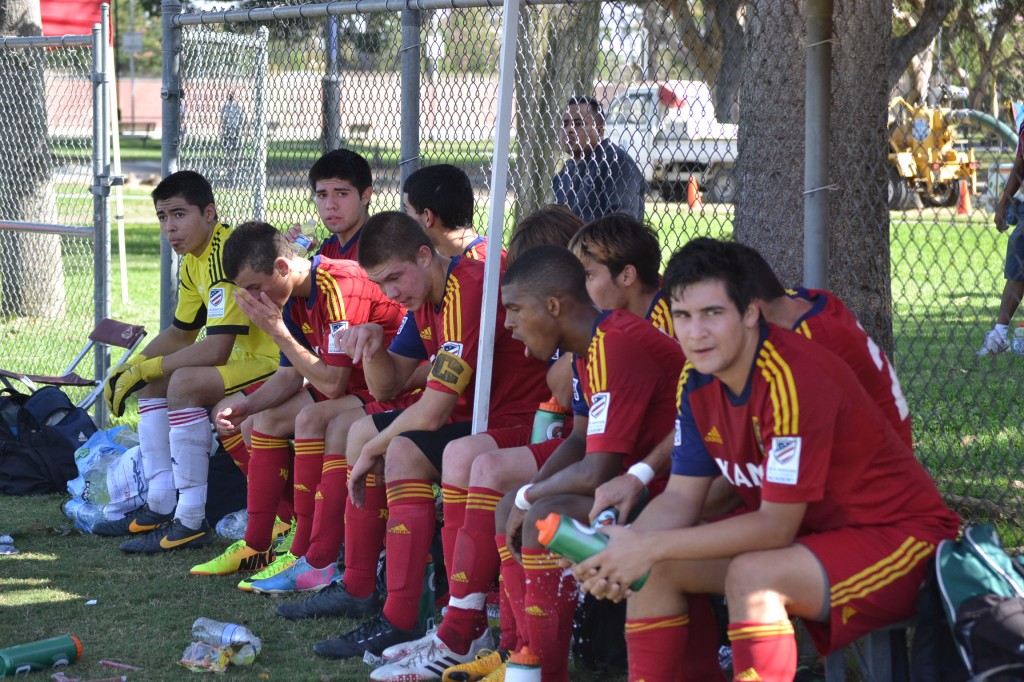 An impressive second half performance by the Real Salt Lake U-18 squad propelled them to a 2-0 win over Chivas USA at Bell Gardens on Saturday morning.

Brooks Lennon scored the opening goal in the match when Eric Carbajal played a through ball to Lennon. He dribbled into the box and opened up his hips before slotting the ball past the diving Chivas goalkeeper into the far post. Six minutes later, Niki Jackson extended the lead, when he converted a penalty kick after he was taken down inside the box. The two goals were enough as Real Salt Lake controlled possession for the final twenty minutes of the match and never allowed the Goats to threaten in the final third.

Real Salt Lake did create chances in the first half, but at times, the match turned into track meet with the Goats. In the 8th-minute, Chivas had their first chance when a through ball to an attacking player beat a poor positioned RSL defense. Barraza was wise to react without delay to clear the dangerous ball.

Chivas continued to test the RSL defense and deployed a 4-3-3 formation to stretch the Claret-and-Cobalt. In the 22nd-minute, Barraza made another outstanding play when a cross with pace from the wing took a dive in the box. Barraza dived forward and got a hand on the ball to redirect it out.

RSL threatened at times, but couldn’t find enough quality in the final third to get a shot on target. After a halftime talk from the coaches, RSL came out inspired and started to exploit the Chivas right-flank, which eventually gave way to Lennon’s match-winning goal.

After Jackson’s penalty, RSL’s final chance occurred in the dying minute when second-half substitute Sam Gleadle jumped in front of a Chivas goalkeeper clearance and almost redirected it into the net. The final whistle was blown minutes later giving Real Salt Lake their second road win on the season with Barraza earning his second clean sheet. 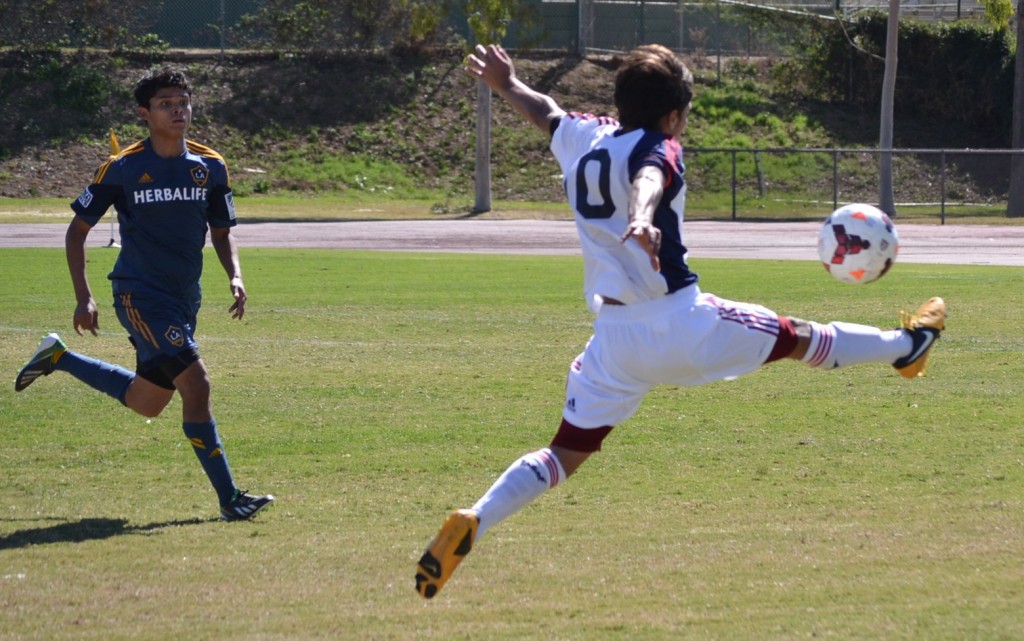 In similar fashion to the match the day before, the Real Salt Lake U-18 Academy team used a two-goal second half effort in a 3-1 win over the LA Galaxy at the StubHub Center on Sunday morning.

Jose Hernandez spring life into RSL before the half when he put on a display of footwork. He created space inside the 18 and fired a point-blank shot, which was saved. The ball took a fortunate bounce back to Hernandez, and he made sure to bury the second effort. The Galaxy went into the half stunned, as the Claret-and Cobalt emerged as the team with momentum in the second half.

A formation change by RSL left Niki Jackson as the lone forward, which seemed to suit him fine. Jackson started to use his size and speed on the Galaxy defense, which didn’t seem up to task against Jackson, who scored the match winning goal when a key tackle in the midfield by Jack Gayton sprung the ball forward into space. Jackson collected the ball, beat the Galaxy defense and fired a cracker into the back of the net.

Jackson returned the favor to Gayton, when he took a shot from inside the 18 after a clever sequence between Hernandez and Pato Yrizar. Jackson’s shot was deflected out by the Galaxy ‘keeper to Gayton, who was standing on top of the 18. His first touch was perfect and his low shot into the left-side netting was sublime.

The Galaxy pushed hard in the closing minutes and had a goal taken away by RSL goalkeeper Luis Barraza, when he saved a diving header on the line. The match was over moments later and extended RSL’s match winning streak to three.