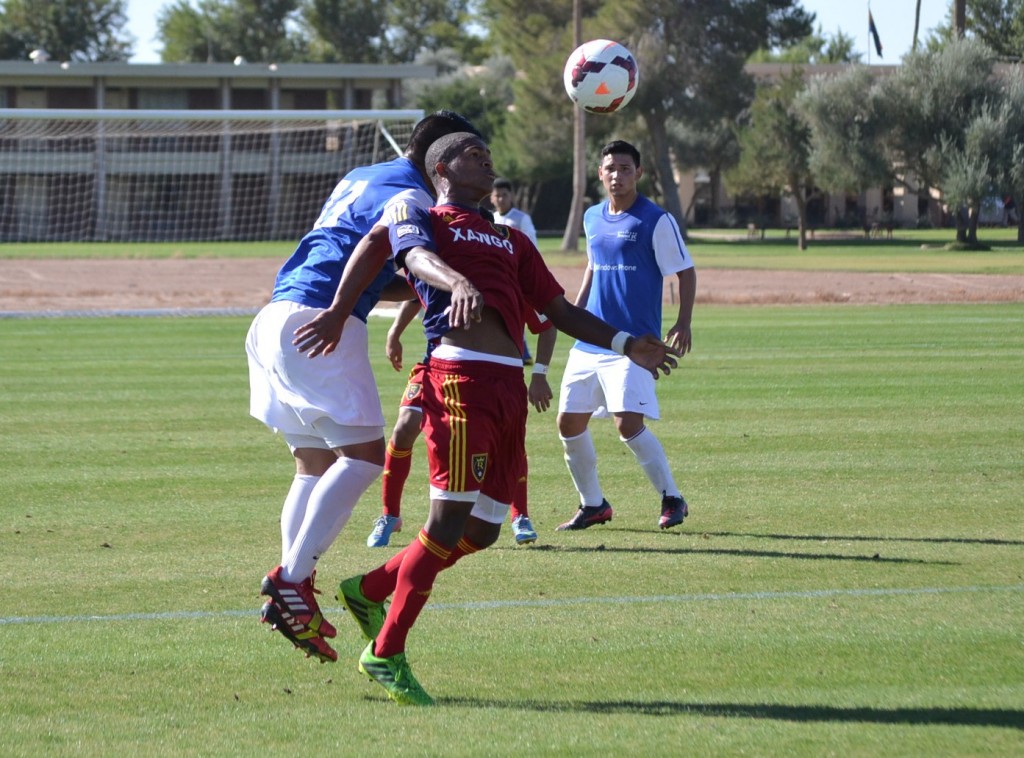 CASA GRANDE, Ariz. – The Real Salt Lake U-18 Academy team extended their match winning streak to five following a three-goal second half effort, which propelled the Claret-and-Cobalt to a 4-1 win over Arsenal FC on Saturday morning at the Grande Sports Academy.

After a poor first half from Real Salt Lake, which saw them trade goals with Arsenal, Jose Hernandez broke the deadlock five minutes into the second half when sustained pressure by RSL created a turnover in Arsenal’s final third. Corey Baird collected the loose ball and passed to a streaking Hernandez, who hammered the ball into the back of net for what would become the match-winning goal.

The home side extended their lead ten-minutes later when Niki Jackson scored his fourth-goal in as many matches when he finished a Brooks Lennon cross. Eric Carbajal scored RSL’s fourth goal and final goal when he and Sam Gleadle combined for a four-pass sequence in the 81st-minute.

Real Salt Lake had difficulties cracking Arsenal’s 10-man defense in the opening minutes and were limited to shots just outside of the 18. Hernandez had RSL’s best effort in the 12th-minute when he cut and sliced his way into the box and scooted a shot near post, which was saved. Arsenal surprised RSL and scored the opening goal in the 20th-minute when their forwards pounced on an errant pass and finished the effort. Luis “Wicho” Barraza made a momentum shifting save moments after the opening goal when he ran out and smothered what looked to be Arsenal’s second goal.

RSL started to attack with purpose and was on the fortunate end of a deflection in the 29th-minute when Lennon sent in a low-cross that bounced out to a unmarked Corey Baird, who finished inside the box for his second goal on the season. Barraza came up big yet again after the equalizing goal making a double-save in the 31st-minute. He stopped the first shot with an extended left leg. He jumped up, raced back into the net and made a diving save to his right. RSL had a few more opportunities before the break, but couldn’t put a shot on frame as two dangerous looks sailed over the crossbar.

The Real Salt Lake U-18 team will stay home again this weekend when they host San Diego Surf on November, 16th; kickoff set for 10:00 a.m.