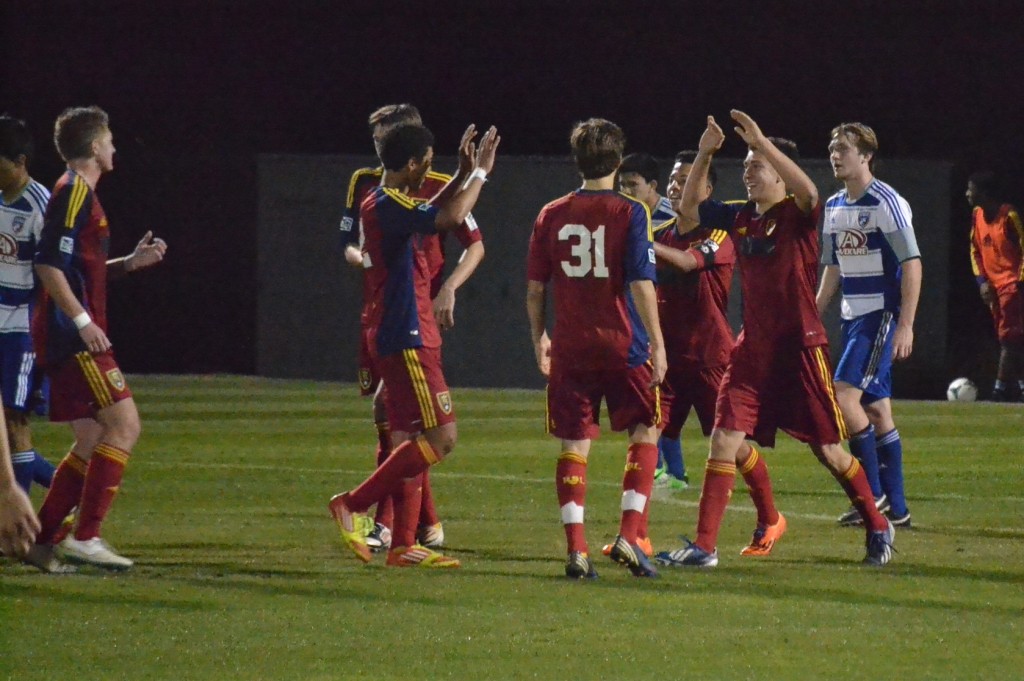 CASA GRANDE, Ariz. – A five goal first half effort propelled Real Salt Lake U-17 to a 7-2 win over FC Dallas U-17 at the Grande Sports World on Friday night in the second leg of the 2013-14 Generation Adidas Cup Central Region.

Sebastian Saucedo turned in one of his best performances in Claret-and-Cobalt, scoring a first half brace and notching three assists. Saucedo opened RSL’s goal tally moments into the match when finished a Josh Doughty pass in the 2nd minute, and added a second goal before the half when he curled in a low free kick from the left-wing that took a bounce over a diving FC Dallas goalkeeper.

Evan Waldrep, who had arguably one of his best performances for the RSL Academy, scored a crucial goal in the 21st minute. With the match tied a 1, a stout defensive stop by Aaron Herrera sprang Doughty free down the right-wing. He dribbled forward and played to Waldrep, who finished near post.

FCD scored a goal in each half, the first in the 13th minute, which was an equalizing goal. The second goal was in the 66th minute, but by that point RSL had a commanding six goal lead.

RSL will face Chicago Fire in the second to last Central Region match on Saturday night; kickoff set for 6:00 PM.