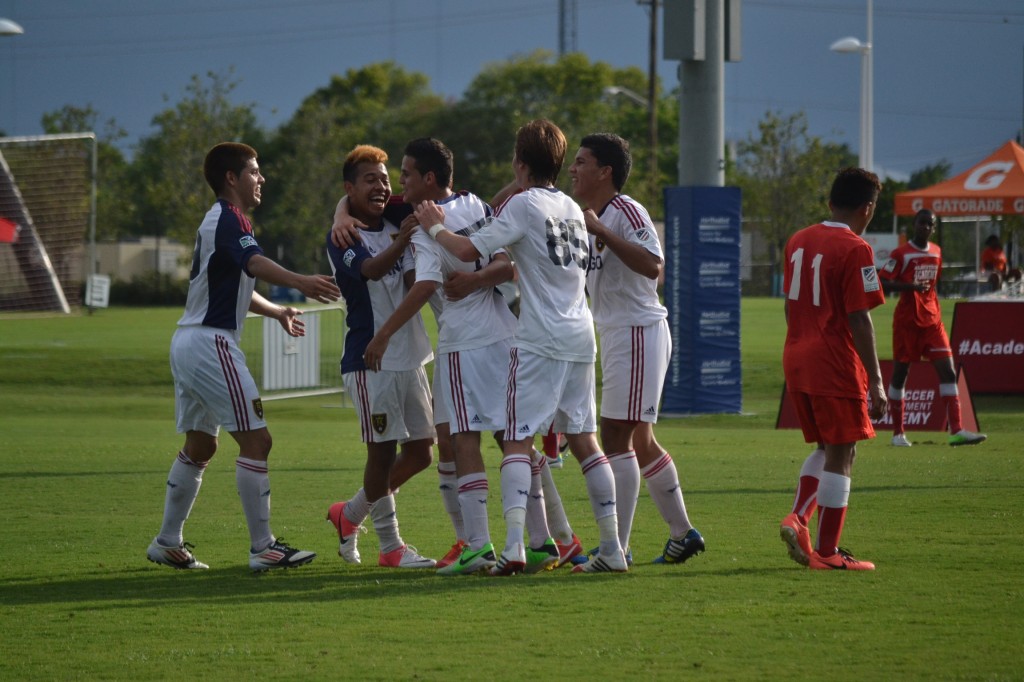 MATHER, Cali. – Not wanting to rest on their laurels, the Real Salt Lake U-16 & U-18 Academy teams opened up the U.S. Soccer Development season with a statement by outscoring the San Juan Soccer Club 10-0 on Saturday. The U-16s, with 9 returning players from last year’s championship winning team, wasted no time and scored early and often their 9-0 win, which set a new Academy high of most goals in a season opener and most goals in a match. Last season’s U-16 leader in goals scored, Sebastian Saucedo picked up a single goal while teammates Josh Doughty and Diego “Diablo” Silva recorded a brace. Newcomers: Grant Livingston, Tate Schmitt, Daniel Lee and Fahot Yogol notched their first Academy goals. U-16 Box Score Their older counterparts were not able to cruise to an easy victory as they were tested by a tough San Juan Soccer Club for 90 minutes. However, the U-18s, with 9 returning players from last year’s championship squad, got the better of San Juan, as senior Santi Carrillo scored the lone goal off of a corner with a bicycle kick in the 92nd minute. U-18 Box Score Both teams will be back in action against Chivas USA and LA Galaxy on October 4th and 5th in Los Angeles.