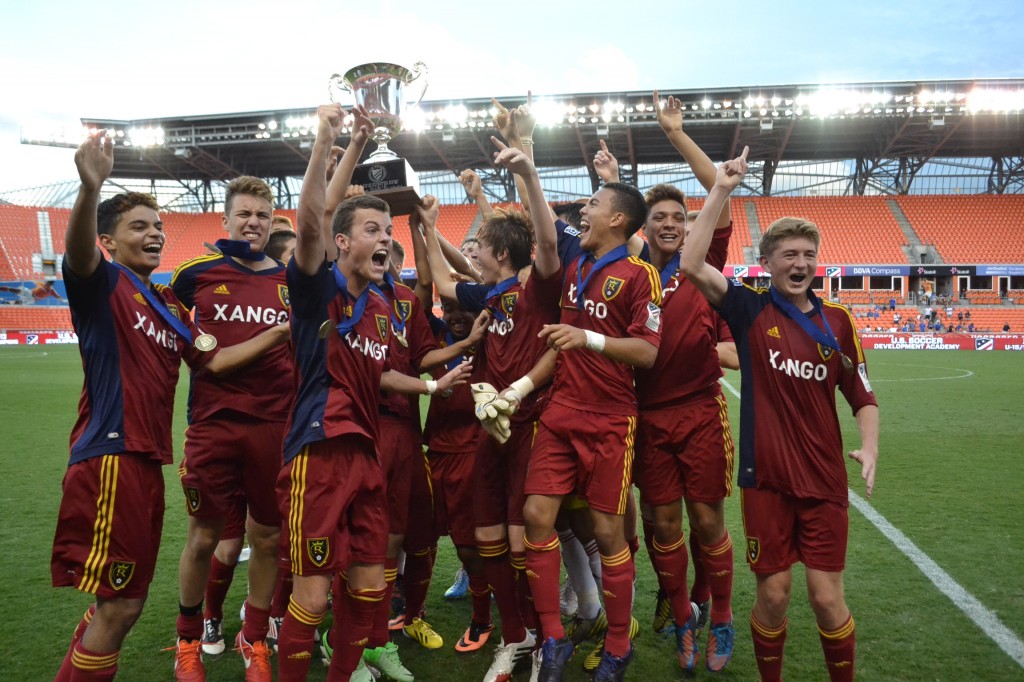 Real Salt Lake AZ had a heavy possession-oriented game, but the club fell behind early

Solar Chelsea got on the score sheet first when Alan Winn finished off of a Jordan Shankle throw-in from the right side in the 21st minute. Real Salt Lake AZ goalkeeper Luis Barraza appeared to have deflected the ball enough out of harm’s way, but it bounced past him and into the net for a 1-0 Solar lead.

Real Salt Lake AZ was quick to respond as Brooks Lennon finished from about eight yards out off of a Sebastian Saucedo cross to tie the score at 1-1 in the 24th minute.

Solar’s attack improved in the second half and had a promising sequence in the 51st minute with two shots on goal, including a sharp Brock Dudley from the right side of the box that Barraza deflected away. Nathanael Rennhack eventually collected outside the box, but he did not strike the ball flush and Barraza had an easy save on the rolling shot.

Solar Chelsea’s persistence paid off when Bryson Asher tied the score at 2-2 in the 66th minute when he poked a Caleb Smith cross from the left side into the right of the goal, one-hopping the ground and crossing the goal line.

A pivotal moment came when Solar Chelsea’s Trevor Baum was issued a straight red card with a foul in the box. Lennon took the ensuing penalty kick in the 75th minute, shot toward the left side and Solar goalkeeper Isaac Linnabary dove to his right to make a clutch save.

Solar appeared to have eluded that scare, but on the following play, Glad scored on his header to take a lead that held up the rest of the way. Evan Waldrep had loads of space in front of him and scored off of another Lennon assist in the 78th minute, pushing Real Salt Lake AZ’s lead to 4-2.