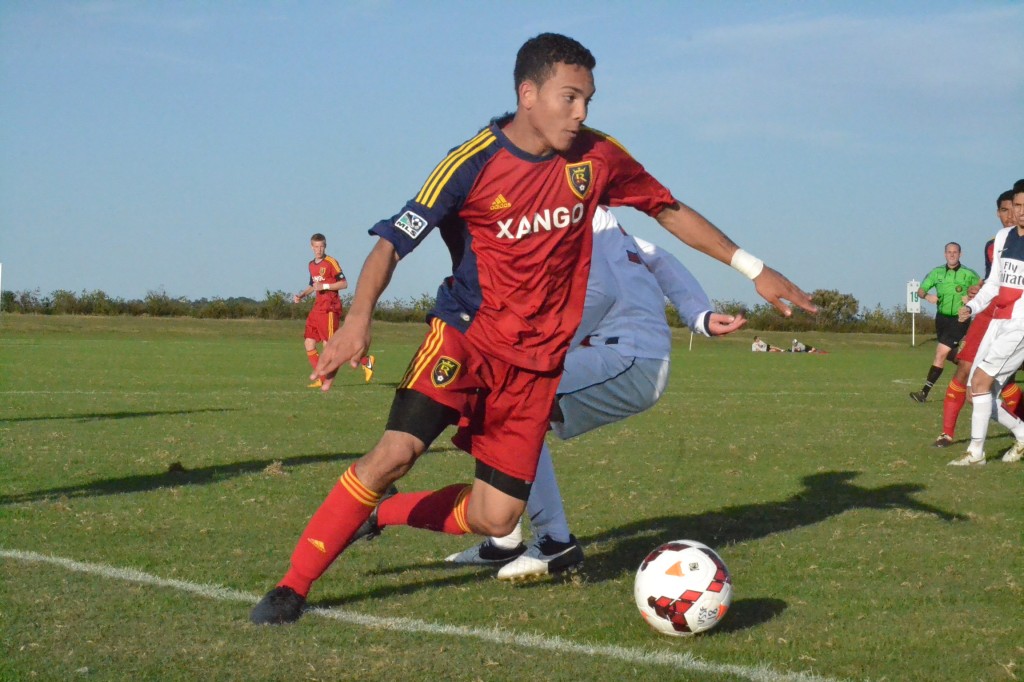 The victory extended the Claret-and-Cobalt’s winning streak to five matches and marked the fourth time this season that the U-16 Academy team has scored more than five goals in a match.

Playing in his first RSL Academy match, Fourcand opened up the scoring for RSL in the 14th-minute when a beautiful cross by Evan Waldrep was trapped on top of the 18 by Saucedo. As he controlled the ball, Fourcand ran to open space on the right-wing, which allowed Saucedo to turn and play him for a point blank finish.

PSG countered quickly after the opening goal and caught the RSL defense napping just two minutes after the goal, which seemed to wake up RSL, who then recaptured the lead in the 19th-minute when another long ball, this time by Danny Acosta, found Schmitt, who finished from a tough angle.

RSL doubled their lead eight minutes into the second half, when Saucedo picked up a loose ball in the PSG half. He dribbled 30 yards into the box and chipped the onrushing goalkeeper. Schmitt recorded his second goal on a piercing header on an Aaron Herrera cross from the right-wing in the 52nd-minute.

Yogol entered the match in the 58th-minute and notched his first goal just nine minutes later on a Sacuedo pass and earned a second goal in the 79th-minute on a Terrell Lowe through ball.

Through nine matches in league play, the Real Salt Lake U-16 Academy team has outscored opponents 35-4 and leads the Southwest Division.