LOS ANGELES Cali. – The Real Salt Lake U-16 Academy team extended their match winning streak to two when they defeated Chivas USA on Saturday. The streak was over 24 hours later against the LA Galaxy, which gave the U-16s their first loss on the season. 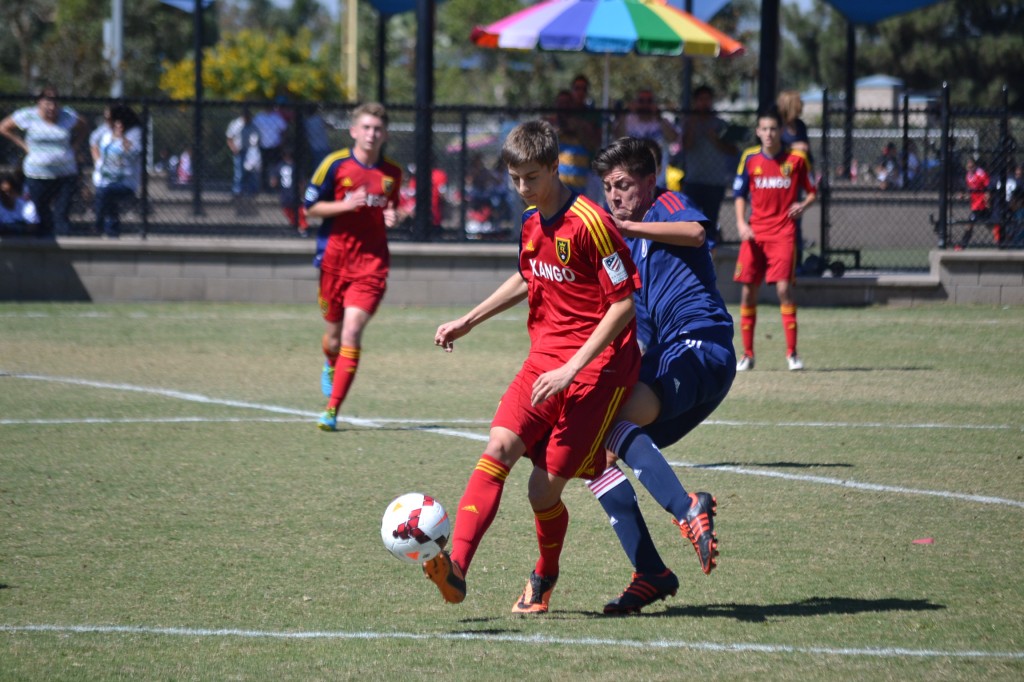 A three-goal second half performance, which was ignited by halftime substitute Tate Schmitt, gave the Real Salt Lake U-16 Academy team its second win on the season against Chivas USA on Saturday.

Schmitt equalized the match when he converted his first touch inside the box after it was gifted to him by a clever pass from Sebastian Saucedo. Ten minutes later he scored the eventual game winner when Evan Waldrep skipped a line and unleashed Saucedo on the wing. He connected with Josh Doughty, who then played the ball to an unmarked Schmitt on top of the 18. He took a touch and sent in a high screamer for his third goal on the season.

Saucedo, who contributed to the build up in the previous two goals, had a helping hand on the final goal when his shot from an Alex Knox cross was saved and deflected to the back post. Doughty ran to the spot and headed in RSL’s final goal, which tied him with Schmitt for the team lead in goals.

The first half was marred a series of unfortunate errors and missed opportunists by RSL. Waldrep had three shots on target, but couldn’t find the back of the net, as the Chivas USA ‘keeper made a few spectacular saves. The lone error in what would have been a positive first half was a defensive miscue. An opportunistic Chivas USA attacker intercepted a pass deep inside RSL’s half and finished the effort far post.

RSL’s opening goal in the second half changed the momentum, which allowed RSL to score the final two goals after overwhelming the Goats defense giving RSL their second win on the season. 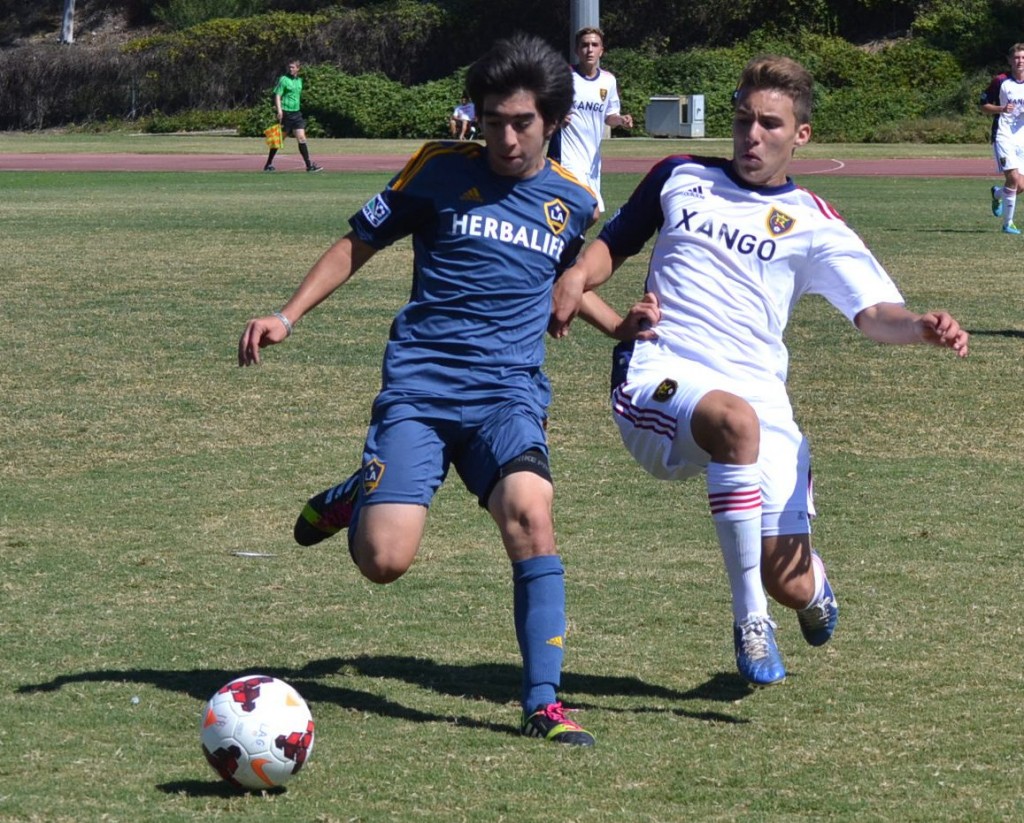 Real Salt Lake suffered their first loss on the season when the LA Galaxy scored the match winner in the dying minutes of the match at the StubHub Center on Sunday morning.

The U-16s faltered in the second half and gave up the lead in the 55th-minute when the Galaxy sent in a flurry of shots with fourth shot finding the back of the net. Momentum shifted over to the Galaxy, who continued to attack the RSL defense until they scored the game winner.

Questionable calls for both sides in the match were missed, which turned the match into a midfield battle; something RSL could never control and find a rhythm. RSL’s opening goal was impressive however and saved what had been a poor start. Aaron Herrera was on the right-wing sent in a low cross to Josh Doughty, who jumped up and redirected the ball across the face of the goal.

Doughty had a few more chances, but couldn’t find the magic touch he displayed on the opener. The Galaxy got off a dangerous shot before the half, but was thwarted by RSL goalkeeper Christian Herrera, who put himself in a perfect position to make a save.

The Galaxy’s effort in the second half was enough as RSL had one of those days where things just sometimes don’t go a certain way.