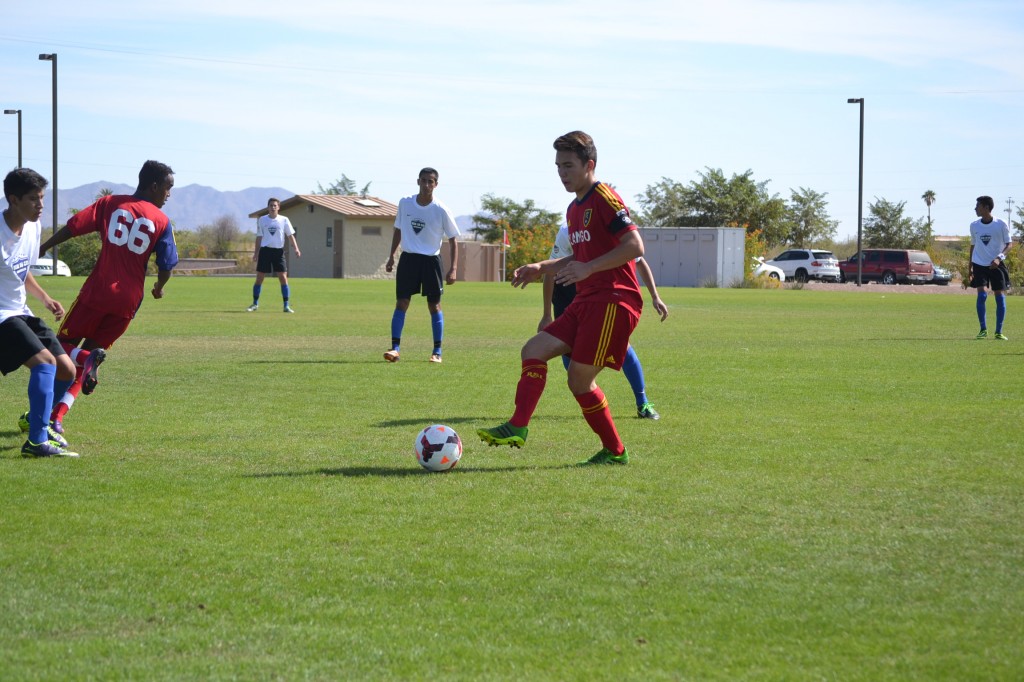 CASA GRANDE, Ariz. – Playing at home for the first time this season, the Real Salt Lake U-16 Academy returned to their winning ways in a 3-0 win over Real So Cal at the Grande Sports Complex on Sunday afternoon.

Eager to shake off a rare loss in their previous Academy match, Sebastian Saucedo attacked the Real So Cal defense with urgency in the 2nd minute from the right-wing and had his feet taken out from under him inside the box. Saucedo stepped up and calmly converted the penalty kick for the opening goal.

The Claret-and-Cobalt continued to dominate the match after the goal and kept possession in their opponents half for the majority of the match. Real So Cal crossed the half a few times, but it was for moments, as the Real Salt Lake defense swarmed and stopped every attempt.

Minutes after the halftime break coaches went to the bench and brought on Tate Schmitt and Danny Acosta. Coaches changed the formation and went with two forwards, sending Miles Stray up top to partner with Saucedo. The switch paid off minutes later when Schmitt whipped in a cross, which was headed for the back post for Stray, who finished with a powerful header.

Stray doubled his tally in the 61st minute when he headed in another cross, this time from Josh Doughty. RSL closed out with match with a few more shots from Jesus Avelar, Danny Acosta and Evan Waldrep, which were on target, but all saved. Fito Ovalle and Justen Glad contributed to a stout defensive performance, which gave RSL their second clean sheet in four matches.