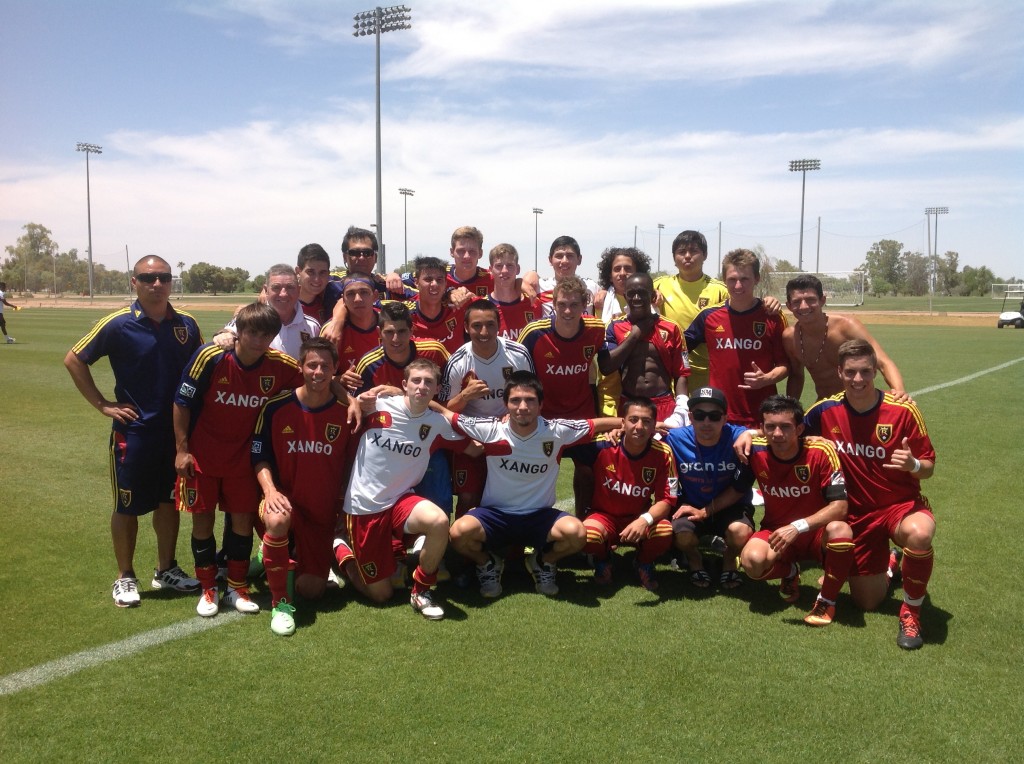 Major League Soccer teams house their Academy teams inside their own facilities or keep them a stone’s throw away to monitor and mold the next generation of players into the model that best fits the goals of that club. Real Salt Lake’s Academy is the exception as their Academy is over 700 miles away from Rio Tinto.

Since the Academy and the parent club are so far apart it may seem like a daunting task to mold players into the “RSL way” but with the way things have progressed at the Arizona Academy coaches in Utah have nothing but high praise for what they have seen out of the players they have interacted with.

“There has been some really good communication between the first team staff and the Academy staff,” said Real Salt Lake coach Jeff Cassar after Saturday’s scoreless draw with Phoenix FC. “The academy staff is doing an amazing job with the players they are preparing for the next level. So when they come it’s not a huge transformation for them. It’s really just getting up to a different speed and quality but the Academy staff has done a heck of a job preparing them for us.”

Academy players have had a lot of interaction with the first team this year as 8 players have been called up for a Reserve League game, many of them starting and receiving a significant number of minutes. U-18 senior Andrew Brody also trained with RSL for 2 weeks in early June.

“I think they are doing a great job down there,” said RSL coach C.J. Brown. “The young guys coming in and stepping in with our reserve team and they don’t miss a beat. Its been a treat for us because going into some of these reserve games we have to play the young guys we don’t get to see every day and they just come in and play well.”

U-16 player Jose Hernandez who earned his first call up by RSL for the reserve league game vs Phoenix FC noted the similarities between the two coaching staffs.

“The coaches just tell them the same thing they tell us over here. Play our game, not fall into the opponents hands and just do what we do best.”

The ideas and thoughts are always on the same page regardless of the distance between Rio Tinto and the U18 & U16 teams.