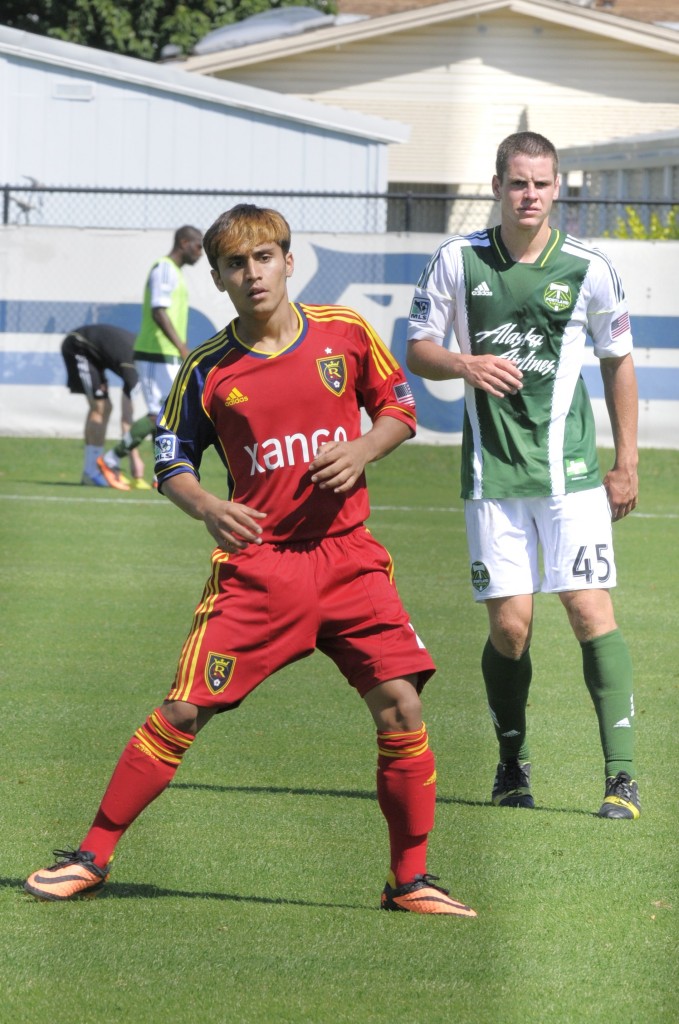 CASA GRANDE, Ariz. – For the third consecutive week, Real Salt Lake has called up four academy players for a Reserve League match. Academy players: Bofo Saucedo, Fito Ovalle, Jose Hernandez and Justen Glad have all received the nod to join the Claret-and-Cobalt in Seattle for a match against the Sounders Reserves on Saturday, September 13; kickoff set for noon PST.

The Real Salt Lake Reserve league squad was on the road last week and was able to leave Jeld-Wen Field with a 1-1 draw against the Portland Timbers. In this match, Glad became the first academy player to be named to a Reserve League match starting XI. Glad inserted in at right-back went the full 90 minutes, looked comfortable and received praise for his performance.

Hernandez, Ovalle and Corey Nemeth were all called up for this match as well, but did not feature.

Sunday’s match will be held at Starfire Sports Complex at noon PST. Fans can follow the action on the Real Salt Lake Twitter account and the Seattle Sounders Twitter account. The match could also feature former academy graduates Benji Lopez, Lalo Fernandez and Carlos Salcedo, who have all seen playing time in recent Reserve League matches.

Active academy players who have also received a call up this calendar year are: Brooks Lennon, Niki Jackson, Corey Nemeth.