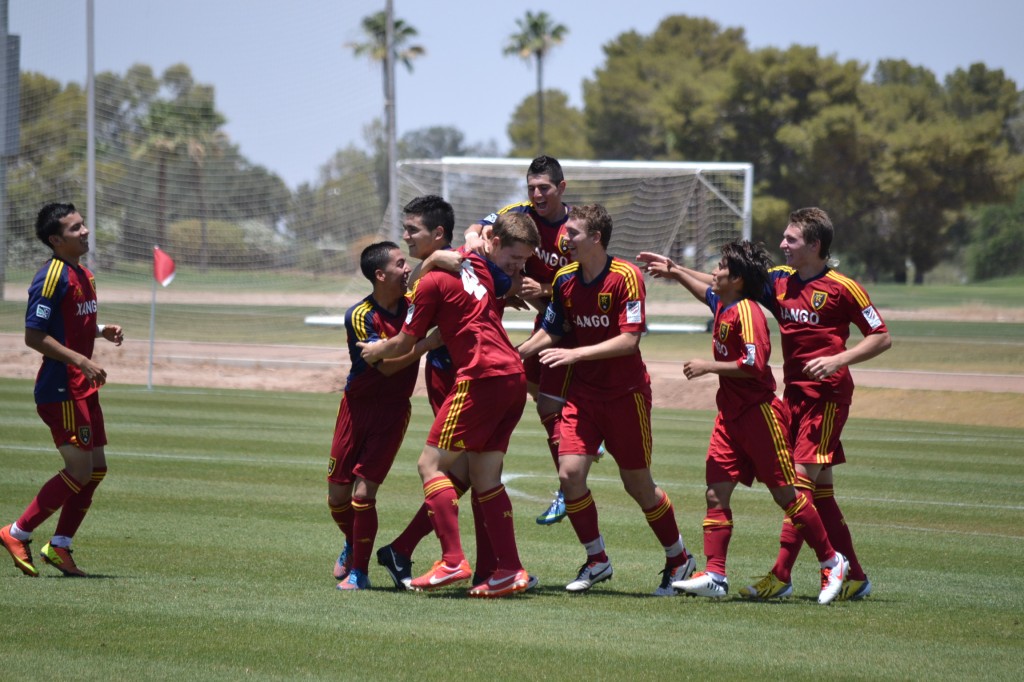 The U.S. Soccer Development Academy Playoffs kickoff in less than a week for our U-18 & U-16 Academy teams. For a select number of players it will mark the third consecutive year they have qualified for the Playoffs while a few others will be making their second trip. The majority of our players will be making their first ever playoff appearance and here at the Grande Sports Academy we thought it would be interesting to hear from the different groups. Below are quotes from these three different groups of players.

Coco Navarro (Third trip to playoffs) – “The past two times were really exciting and this might be my last time with the team this year so I’m looking forward to it and hopefully we get to nationals. But we will take it one game at a time.”

Diego Silva (First trip to playoffs)  – “I’m so excited. I’m ready to see our team step up and hopefully we can go to finals week.”

Isaias “Junior” Juarez (Third trip to playoffs) – “Really excited. I think this year has more motivation than other years because this is the last year we have a chance to go out and win the national championship with the guys who have been here for a few years. So I think this year has a lot of special feelings and this is the last year of playing with some of the guys  so we want to make it a special year.”

Fito Ovalle (First trip to playoffs) – “Now that we know the teams we’re going to play I’m excited to prepare for them.”

Trevor Hyman (Second trip to playoffs) – “I think the thing that’s really important to realize is that we are taking the same team with us as last year just with 2 extra guys. Tigran Tiraturyan, who’s on the 18’s, we are taking his experience and Jose Hernandez who is a younger guy is really gunning to show what he has at the playoffs. But i think we are realizing that every game really counts and the playoffs are a whole different beast than the regular academy season. We need to set the tone early, score goals and make our name out there.”

Jonathan Stadler (Second trip to playoffs) – “I think this year, the most important thing for us to do is to stay composed and learn from our mistakes last year. We should have advanced last year going off of the knowledge of the first year guys. The guys that have been here for three years believed that they should have made it to nationals and won the championship. They bring a lot of knowledge and experience into that and having played one year before of playoffs helps all of us be better prepared and ready to go into the tournament ready to play and ready to advance.”