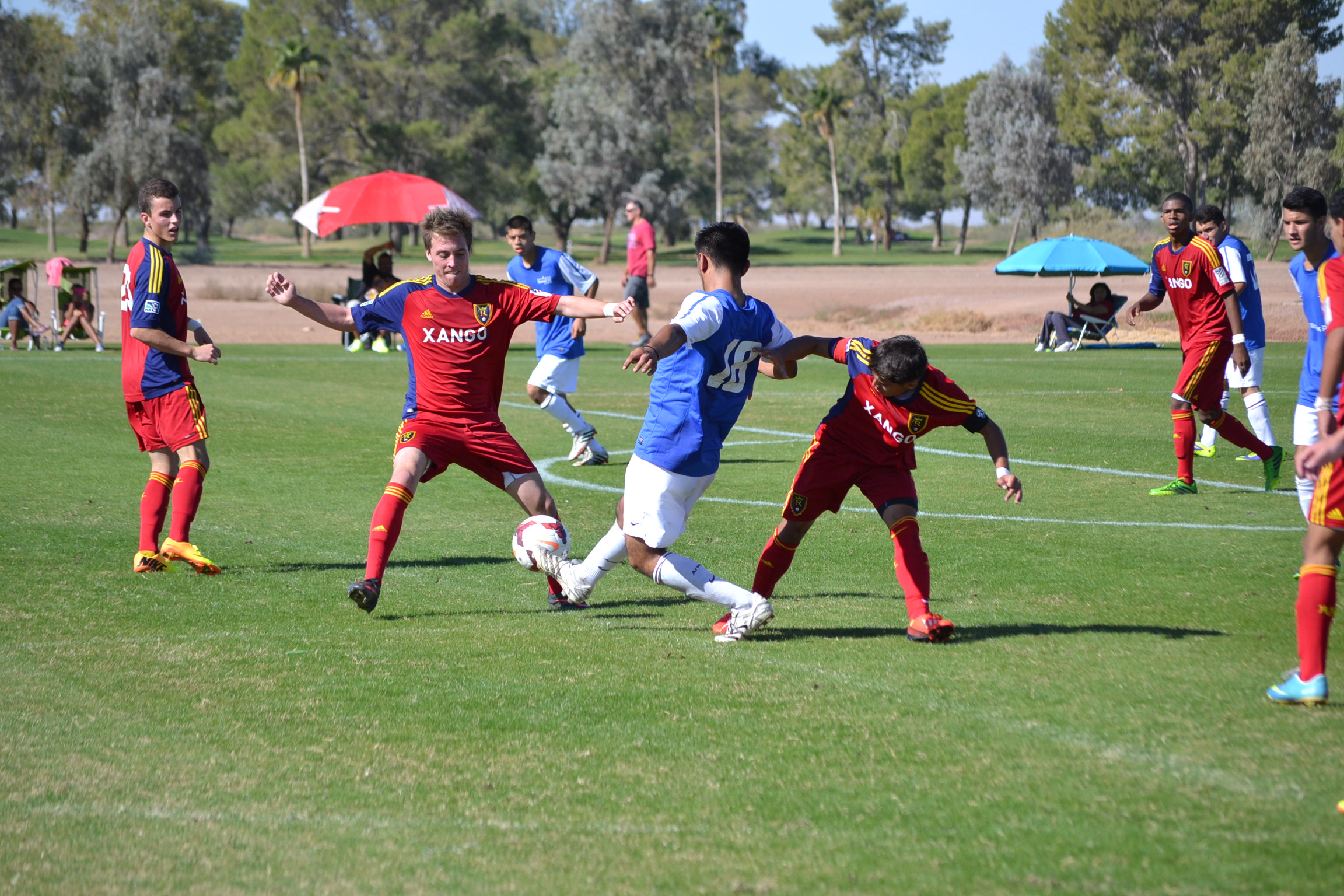 JUAREZ: “Overall, very good game. We get caught on an early goal, on a team we were dominating, and just a little bit of a lack of concentration on the goal. It wasn’t anything on their part; it was just us maybe getting a little casual. It was the first time they got a cross and put us under pressure and we didn’t respond in the right way. But after that credit it to the guys. They got a little bit more urgency started to get the end line with more numbers in the box and the end result is we scored 4 goals from that.”

(On combining new and old talent, which has left the RSL U-18 team as the only team in the nation in their age group to not drop points…)

JUAREZ: “I think it’s a combination of a lot of things. Talent that was already on the 18’s from last year and new talent we brought in. It’s just the culture we have here now, that was established 4 years ago where the U-18 team has always been in first, second or third place with a lot of talent. We’re used to being a team that should win, and we look to win and play the right way and these guys have bought into it. We are not quite there yet, but were getting results and hopefully we at our best later on this year when it counts.”

JUAREZ: “Very good effort. A lot of times we don’t like to do a lot of individual praise, but we felt Sebastian Saucedo had a good game. He didn’t get all the goals, but what he did for the team was what he should be doing on a regular basis because he’s a dominant player. And the rest of the group did well. Had the ball for the majority of the game and moved the ball around. U-16s can get better, but overall good performance and when you can score 6 goals, it’s always good.”

(On how the coaches balance the scoring depth…)

JUAREZ: “I think if you look back to last year, the U-18s had Coco Navarro, who had over 20 goals, but we have always had our fair share of guys who score 5 goals here and 6 goals there. I think with our style of play, all our top players, meaning our front players and attacking players, are put in situations in a good part of the field where they can get a good look on goal. Then you will get goals and it’s not necessarily the individual, but the style of play we want to achieve. And it’s always a good thing because you can’t depend on one person.”

BAIRD: “I love playing with them. Coming here from Surf, it’s just another level. Everyone is fun to play with and everyone is good here.”

BAIRD: “I think the way we keep the ball in the first half. It makes the other team run a lot, which really gives us the edge in the second half when they are tired and we can keep the ball moving.”

STRAY: “We played very well in the first and second half. The difference was that we put our chances away in the second half.”

STRAY: “At first it was difficult, considering they were changing me during the game, which meant I had to adjust quickly. But after playing it for a while you get used to it and it has made me a much better player, especially up top, because I can try things and do things to the defense, while at the same time learning how opposing teams will attack us.”