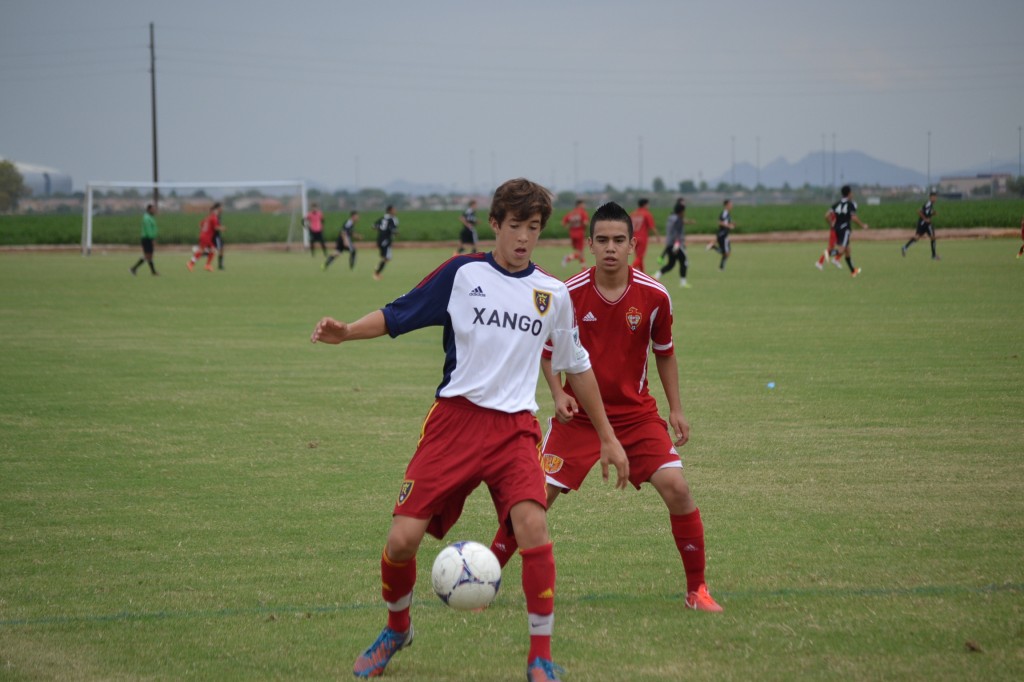 (On his takeaway from the U-18s performance…)

BRUCE: “The field was a little small so it was a little difficult for us to play. Teams that would have an advantage on this field would be teams that put balls into the box from long throw-ins and stuff like that. A little bit of a battle to head balls out and defend long balls sent into the box. Difficult from that perspective and not a lot of finesse. Tough for us to impose ourselves upon them because it was physical game and our guys had to switch from what we have been trying to do at training to deal with the situation.”

BRUCE: “Well the last 5 minutes or so we were pressing and pressing. We must have had 4 corners in a row. On one of the last the corners, the ball popped out and Santi was going back to his own goal. At the edge of the 18 He did a bike and it went over the goalkeepers head.

BRUCE: “They came out knowing they had a target on their back as the current national champions. Their intensity from the minute we kicked off to the final whistle was incredible. Our speed of play was fantastic, our intensity was great, Overtime we lost a ball we won it back quickly. We know the quality is there and the hard work was there today big time.”

JACKSON: “I think I did pretty well, but it’s going to take more time to adjust to it. I feel like once I get about two or three games in I’ll get more adjusted to the RSL way of play and I’ll be better. But overall I did pretty well.”

(On adjustments the team needs to make…)

JACKSON: “We came in confident, but we need to play our game. Too much independent and that takes time because we have new players on the 18s. So it’s just going to take us time to get adjusted to each other.”

JACKSON: “Oh my. It was insane. Just a corner, they clear and I look up and Santi is doing a bike and I’m like, ‘what are you doing’. It floats to the back net and we all freaked out. It was a great goal.”

(On how important it was to win the opening match…)

SILVA: “It was very important because we needed that win to show we still have it as defending champions and also important to show we are not going to let down that easy.”

(On his 5 goals in 8 matches. Dating back to last year’s playoffs…)

SILVA: “In my club team I would always go forward. I’m used to finding spaces to score a goal and I’m just really happy to get goals for the team.”

HERRERA: “Defensively we were just able to win the ball back every time we would lose it right away. After that we were able to posses and able to get runs in behind their defense to score quick goals.”

(On how the team can improve…)

HERRERA: “Defensively there were some times they were able to get behind us because we didn’t set the trap good enough and just keeping possession.”

(On the returning and new players meshing…)

HERRERA: “Since there are a lot of the old guys returning from last year, we just have the flow already and the new guys adapted a lot quicker than last year, which made it easy.”