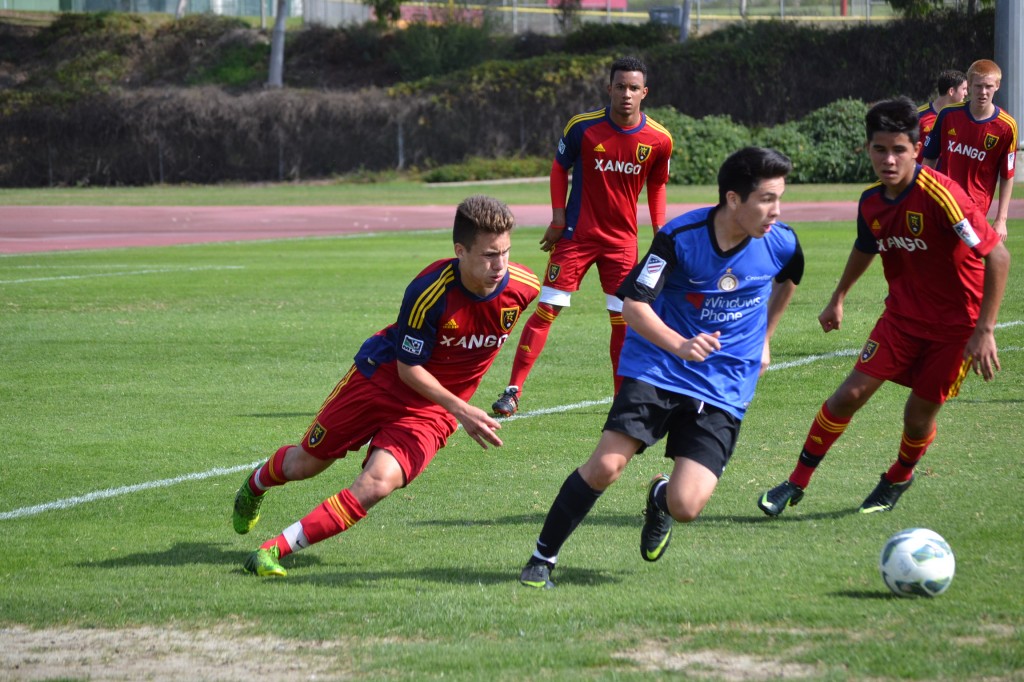 CARSON, Calif. – After defeating the U.S. Soccer U-15 BNT 3-0 the day before, the Real Salt Lake Academy played a friendly against fellow U.S. Soccer Development Academy Crossfire Premier, whose U-16 and U-18 teams have started off the season well and are currently in first in the Northwest Conference.

Paul Bin scored his first goal for the Claret-and-Cobalt at the beginning of the second half when he beat a defender with pace down the middle. He took a few touches and cut inside and finished near post. Halftime substitute Aaron Herrera, who had a stellar performance against the U-15 BNT the day before, doubled RSL’s lead halfway through the second half from a near impossible angle on the right-wing. Erik “Gallo” Virgen scored RSL’s third and final goal near the end of the match, when he finished a tough shot through traffic inside the 18.

These teams will meet again on January 18th at the Grande Sports Academy.