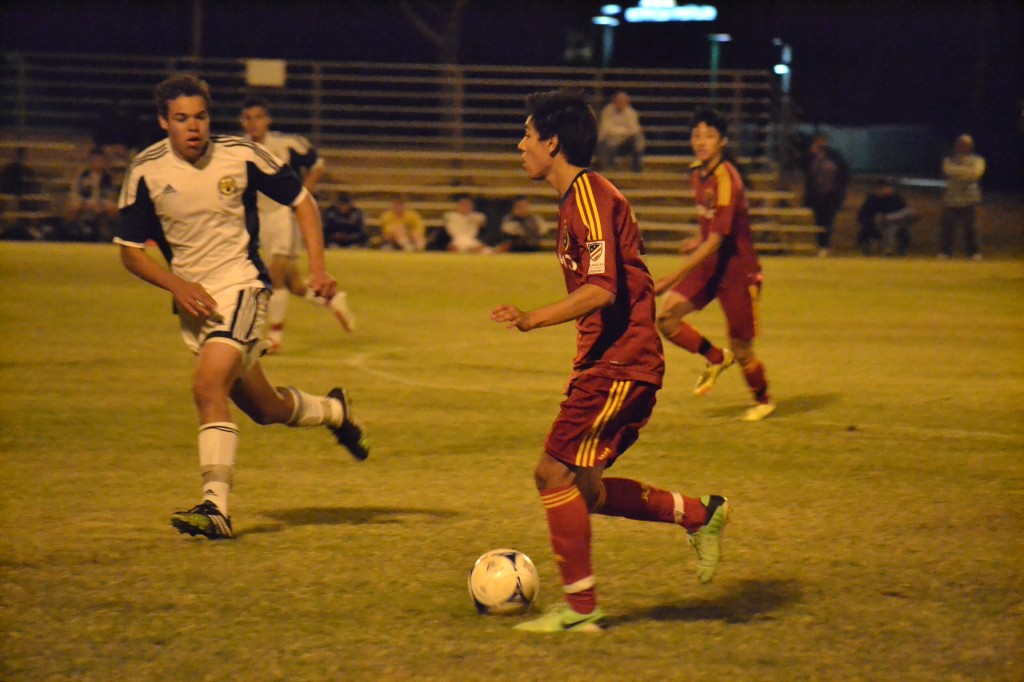 PHOENIX, Ariz. – A two goal second half effort by Luke Novick wasn’t enough for the Real Salt Lake U-18 Elite team, as they fell to Sereno White 3-2 in their second match of the Far West Regional League.

Looking to shake off their opening loss in the FWRL, the RSL Elite team dug themselves into a hole when Sereno capitalized on two defensive blunders in the first half. The Claret-and-Cobalt emerged from the halftime break with a renewed vigor and started to show better quality in the final third, but another defensive mistake allowed Sereno to take a three goal lead in the 59th-minute.

Novick ignited the dormant offense with a threatening run in the 65th-minute, when he cut through the Sereno defense and created a 1v1 with himself and the goalkeeper. He fired near post, but the ‘keeper made a brilliant one-handed save. Ten minutes later Novick earned a tough 50-50 ball on top of the box and cut inside the box in similar fashion to his earlier run. This time he fired far post and finished the effort.

He added his second goal in the 83rd-minute when a cross from the right-wing was deflected out by the goalkeeper. The deflected ball went straight to Novick, who hit it in first time. RSL pushed for the equalizer, but couldn’t find it before time expired. Gavino Carranza, Adam Ferguson, Danny Moreno and Paul Bin all had impressive performances for the Elite squad.