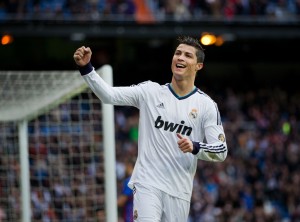 Reports came out earlier this week from Spain that Real Madrid was scheduled to play in Phoenix on August 4th. At first it seemed that the news was too good to be true and now more news has come out that makes this possibility even sweeter.

Four more teams will be announced on May 7th and according to the press release will be “four additional marquee international clubs”.

Phoenix was also named as one of the 6 host cities along with: San Francisco, Indianapolis. Los Angeles, New York and Miami.

The championship game will be held on August 7th at Miami Sun Life Stadium.

For many of our players at the Grande Sports Academy they are fans of Real Madrid, Juventus and other major European clubs. It will be a great opportunity for our players to see world class athletes play this summer.