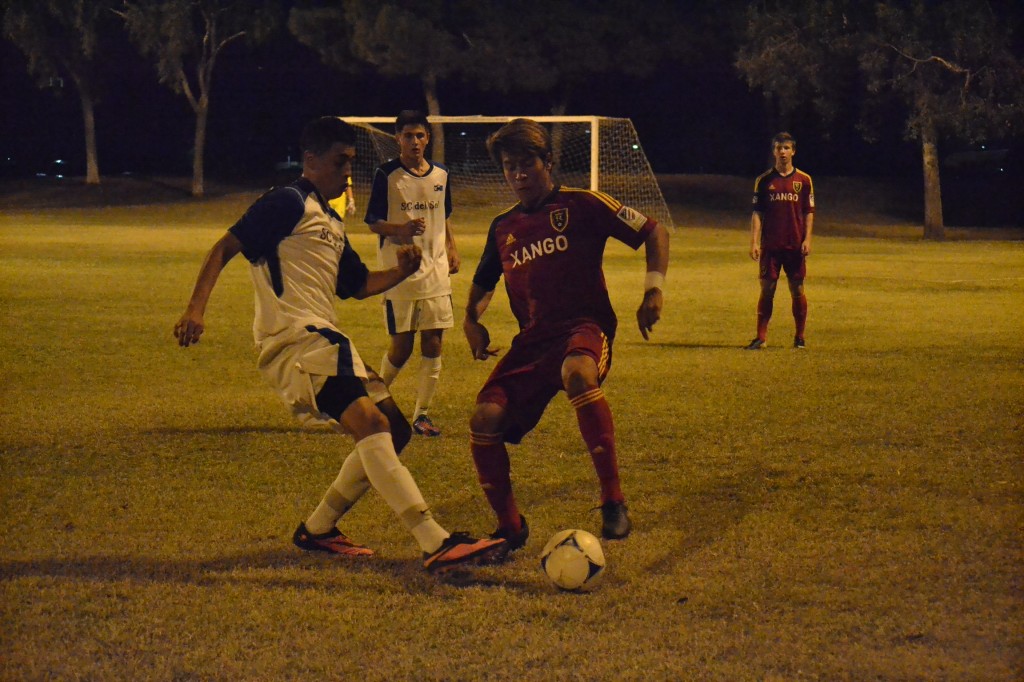 The Claret-and-Cobalt dominated play for 47 minutes and looked as if they would be on track to win their first match in FWRL play. However, a soft goal given up just moments after Ryan Flood doubled the lead for RSL shifted the momentum, which enabled SC del Sol to score the equalizer just three minutes after SC del Sol cut the deficit. SC del Sol continued to pound the RSL goal with a wide range of shots, but were deterred by the play of goalkeeper Conor Orton, who made two goal saving saves in the final ten minutes. His efforts in-goal would go to waste, as SC del Sol countered in the 79th-minute and scored the match winner from a cross-and-header.

The loss is another unfortunate setback for the Real Salt Lake U-16 Elite team, who is winless through four matches in FWRL play.

Things started off well for the U-16s, who just won the Arizona State League Division II title on Sunday. Before the title-winning match, RSL coaches moved Javi Avelar to a holding midfield position, to pair up with Duncan Storey, and the switch is already paying dividends. In the 13th-minute Avelar cut into the box on the left-side and flung a cross headed to the back post for a streaking Josh Allison, who finished from close range.

Gio Alcocer continued to push the effort for RSL with excellent play and possession in the midfield, while the defense, which was under pressure the entire first half, kept the SC del Sol attack at bay.

RSL doubled their lead in the 47th-minute, when Chris Fourcand collected a long cross on the right-wing. He turned and passed to Diego Robles on the 18, who took a touch forward and fired a shot that hit the far post and bounced out to a waiting Flood.

The second goal woke up SC del Sol who attacked the RSL defense without mercy. RSL has a few chances late when the match was tied up, but missed crosses plagued RSL in the final third, who was never able to recover once SC del Sol scored.