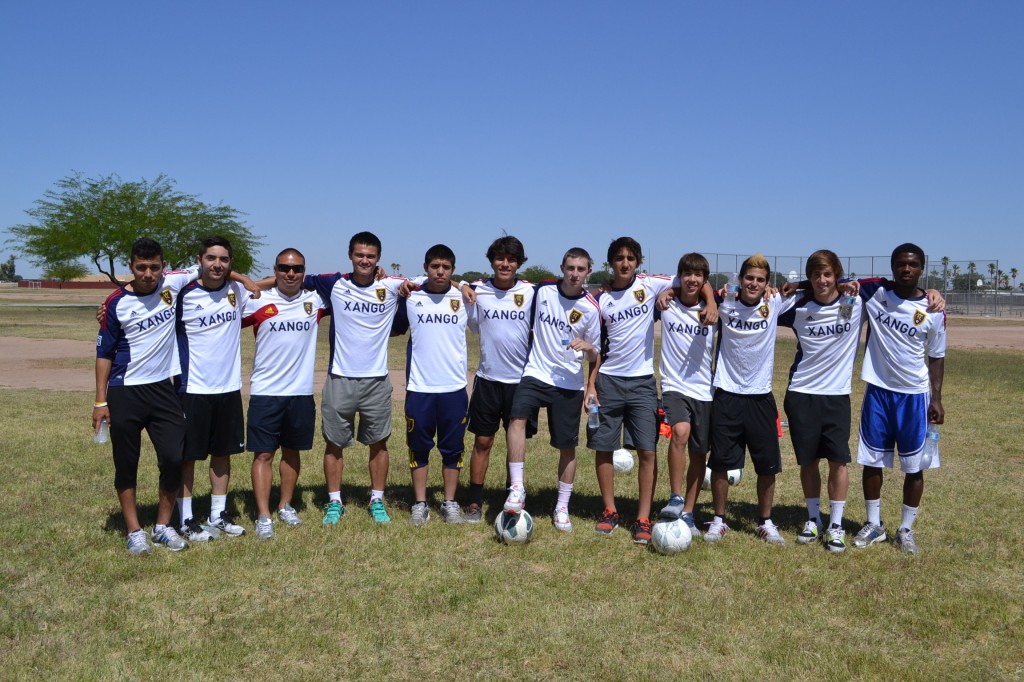 Miss any Grande Sports Academy home of Real Salt Lake Arizona Academy news this week? Don’t worry we got you covered. Below we have our Exports reviewed, former players to leave academy, players called up to national team duty, weekend preview and more.

–Last game of the season for the academy team is this weekend. Game preview here.

–GSA Exports is our newest feature. It’s where we track the progress of our former players who are playing at the next level. Academy alums featured in MLS, the MLS Reserve League and in PDL over the last week. Read about them all here.

–Three academy players have been called up to the U-17 MNT for the 2013 Caspian Cup in Azerbaijan. In the first game vs Kyrgyzstan the U-17’s defeated them 11-0 and academy players Brooks Lennon and Bofo Saucedo each scored 3 goals a piece.

–Current Southwest Division standings for our U-16 and U-18 teams. Both teams are currently in second-place in their division and battling for overall playoff seeding. Click the link for more info on the standings and seeding.

–24 academy seniors are graduating from High School this. Pictures and recap of the night’s ceremonies. Also check out our “End of the Year” video that features pictures of all the players, hilarious stories from players, interviews with coaches and a few goals we were able to capture.

–Interested in becoming a RSL-AZ player? Last tryout for the upcoming season is June 7-9. Details here.

–Looking for a soccer camp this summer? RSL will have camps starting on Sunday that will end in July. Details here.