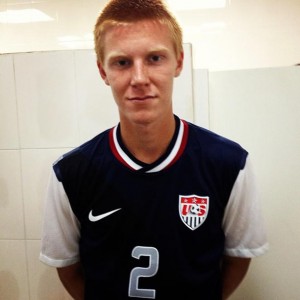 Real Salt Lake Academy defender Justen Glad and the U17 MNT have won their group and advanced to the quarterfinals of the 2013 CONCACAF U17 World Cup Qualifying.

Glad and his teammates are just one more win away from securing a spot in the 2013 U17 World Cup. In group play the U17’s defeated Haiti, 3-0, on Sunday, April 7th. Last night, Thursday, April 11th, they defeated Guatemala, 1-0.

Honduras is now standing in the way for qualification. That game will be on Sunday, April 14th at 3:00pm Arizona time. If the USA wins they will qualify for the 2013 World Cup regardless of the outcome in games after the quarterfinals.

Glad has not been featured in any game but has been named to the 18 in the two games the US has played. He posted this picture of him “on TV” last night on his Instagram. You can follow him @justen_glad or follow him on Twitter @justen_glad 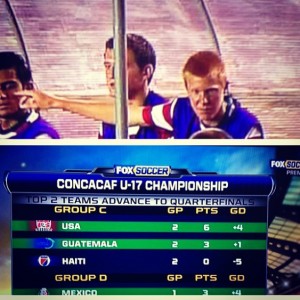