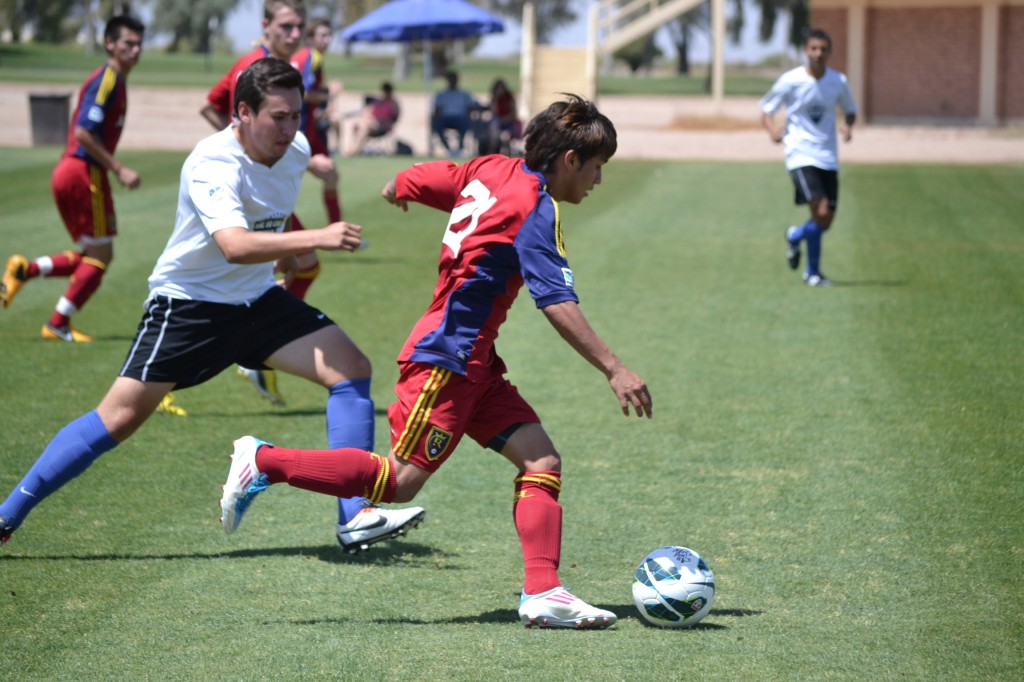 CASA GRANDE, Arizona – The U.S. Soccer Development Academy is handing out their 2012-13 End of Year Awards, and has named Real Salt Lake Academy players Justen Glad and Jose Hernandez to the  U-15/16 West Conference Starting XI.

The Academy XI incorporates the 11 players among each conference who represent the Academy principles of dedication, effort and integrity. Development Academy players and coaches have received postseason recognition since the Academy’s inaugural 2007-08 season, and the End of Year awards are voted upon by U.S. Soccer Technical Advisors, according to a U.S. Soccer news release.

“It’s a really awesome feeling knowing that you’re doing good and scouts are looking at you,” Hernandez said. “I’m just happy to be a part of the team.”

Glad and Hernandez join an exclusive list of former Academy players who have been named to the West Conference Starting XI in previous years: Jordan Allen, Coco Navarro, Julio Alarcon, Carlos Salcedo and Maikon Orellana. The latter two have both signed professional contracts with Real Salt Lake and Brondby IF, respectively.

“It’s an amazing feeling being recognized and seeing that all the hard work is paying off,” Glad said. “I’m also happy that Jose made it too. He’s an amazing player and person.”

In his first year at the Real Salt Lake Academy, Hernandez started in 28 games, scored 7 goals and played multiple positions in the midfield. Even though Hernandez qualifies for the U-16 team, he played in more than 90% of the U-18 games.

“Jose played a majority of his games with the U-18’s and was a dominant, impact player,” said Tony Bruce, Real Salt Lake Academy assistant coach. “Everybody that saw him knew he was a special talent. It is well deserved.” 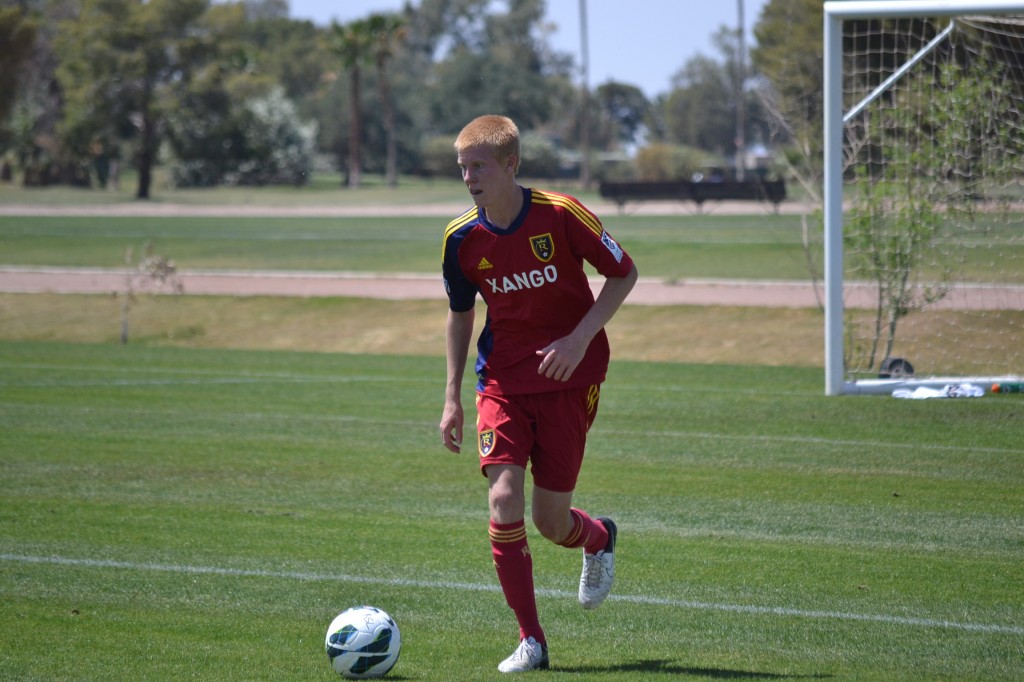 Glad, also in his first year at the Real Salt Lake Academy, started in 19 games, scored 2 goals and helped anchor a backline that conceded a record Academy low of 37 goals this season. Glad received national recognition earlier this year when U.S. Soccer asked him to participate in the Under-17 Residency Program, thanks to his successful showing at the 2012 Development Academy Winter Showcase in December.

Glad played with the U-17′s in the 2013 CONCACAF U-17 Championship that determined the 2013 FIFA U-17 World Cup participants from the CONCACAF region. He also played in the Caspian Cup with Real Salt Lake Academy teammates Brooks Lennon and Bofo Saucedo. He was recently called up again to participate in an international tournament in Niigata, Japan, which will take place between July 13th-15.

“I think it’s great recognition,” Bruce said. “He was in residential academy in Florida for a while, played on our U-18 team as well as the U-16s and never missed a beat. He also played in a reserve game for Real Salt Lake earlier this year and performed very well. Definitely well deserved.”

The next challenge for Glad and Hernandez will be Finals Week in Houston, Texas. Real Salt Lake Academy U-16 will open up Finals Week with a game against Albertson SC on July 14th.