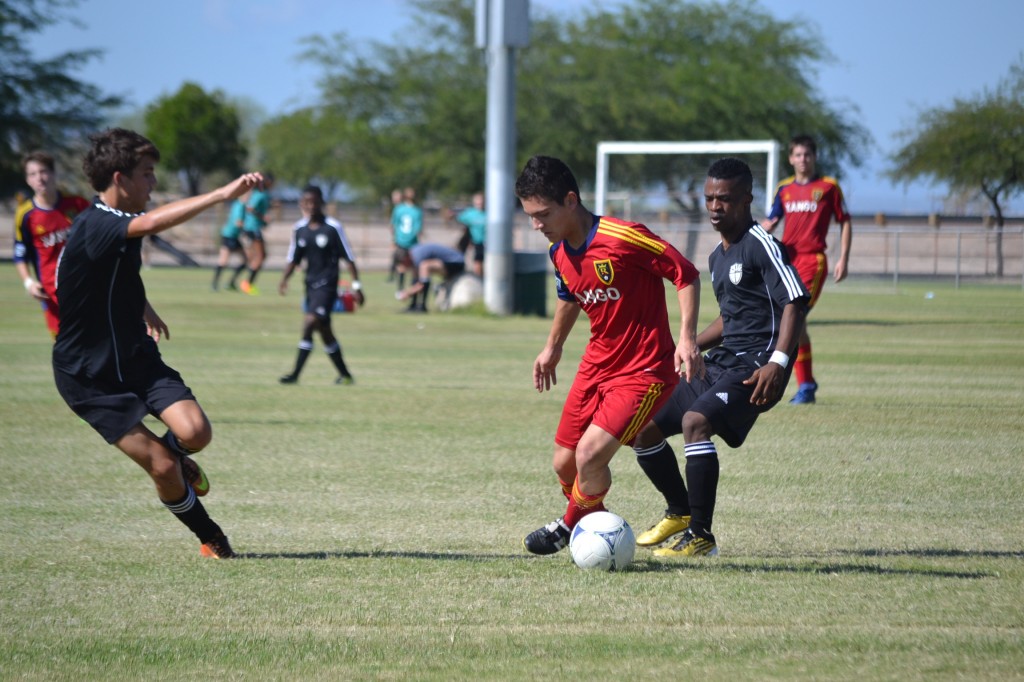 TUCSON, Ariz. – The Real Salt Lake U-18 Elite team traveled down to the Old Pueblo on early Saturday morning for their first match in the Arizona State League against Fort Lowell ’96 Red Bull.

RSL struggled to pull away from their opponents throughout the entire match and as a draw was looming, coaches on the bench challenged Luke Novick to take more shots. Novick answered the challenge and scored two goals in quick succession in the final five minutes to give RSL a 5-3 win.

The match started off on the right foot for RSL when Novick sent in a low cross across the face of goal in the 4th minute to an unmarked Albert Molina, who put the ball into the net. Nineteen minutes later, Molina scored his second in the match when he finished a far post shot from a Victor Alvarez pass.

However the first of a few issues that would plague RSL throughout the entire match occurred in the 37th minute when a defensive breakdown allowed Fort Lowell to cut RSL’s lead in half. Radu Marcu gave RSL a two goal cushion in the 66th minute when he created space and finished a tough shot high-and-tight into the upper post.

The cushion was wiped away almost immediately when Fort Lowell scored in the 68th minute and 74th minute to then equalize the match at 3 goals apiece.