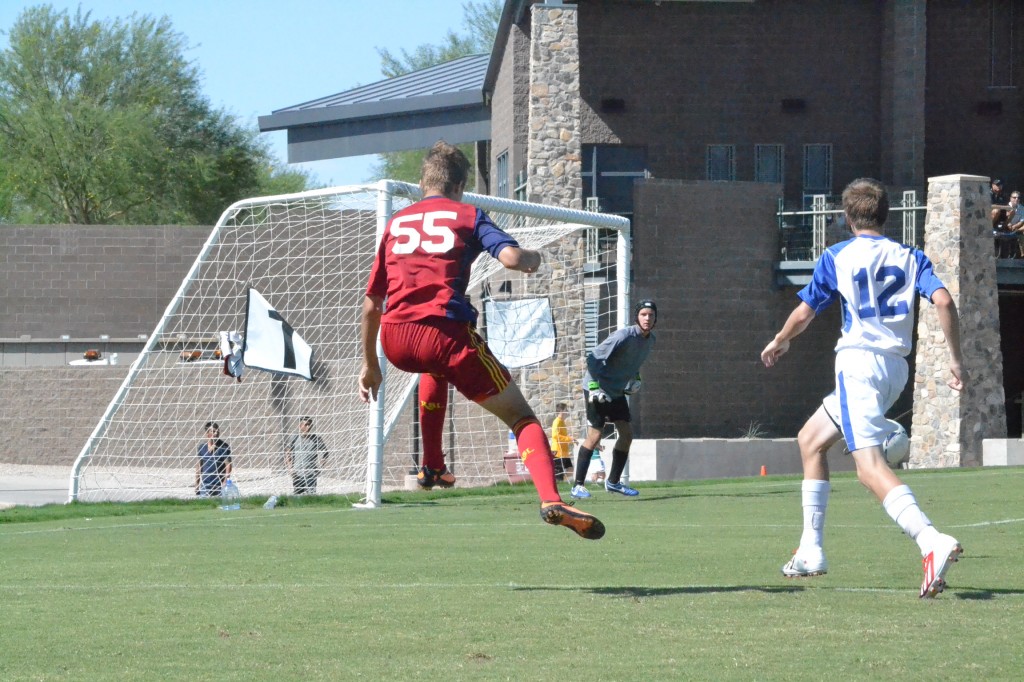 SCOTTSDALE, Ariz. – The Real Salt Lake U-16 Elite team led by Marcos Hernandez and Ryan Flood opened up the Arizona State League with a 2-0 victory over SC del Sol on Saturday morning at Scottsdale Sports Complex.

Flood broke the scoreless draw with his first Grande Sports Academy goal in the 44th minute, when he volleyed a shot inside the box from a Duncan Storey cross. Hernandez added an insurance goal in the 68th minute, when Alex Valdez beat a defender on the touchline and sent in a low cross into traffic. Hernandez was the first to get to the ball and redirected it into the net for his first GSA goal.

The RSL U-18 Elite team came out aggressive in the opening minutes and almost took the lead in the 4th minute when a Storey shot from distance was saved. Mikey Lanzetta, Gallo, Robby Orona, Josh Allison and Alejandro Parra kept applying pressure, but were unable to find the back of the net. SC del Sol absorbed the early attack and was able to settle down to keep the match scoreless at the half.

After Flood’s and Hernandez’s goal, RSL kept turning the pressure up and would have had a few more goals if it wasn’t for the inspired play by the del Sol goalkeeper.

On the other side of the ball, RSL’s defense was once again solid and limited SC del Sol to shots outside of the 18. Due to the Academy matches over the weekend, the Elite team was without a goalkeeper, which forced the coaches to move forward Javi Avelar to ‘keeper. In his spot-start, Avelar made a few stops and impressed as a last-minute option.

The RSL U-16 Elite team will be back in action this weekend as they travel to Utah for the opening matches in the Far West Regional League.