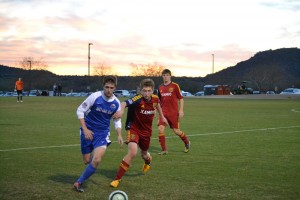 RSL-AZ Elite U18 will be playing in three games this weekend in Far West Regional League play. On Friday, they will head to California to take on Carlsbad Elite Boys. They will then return immediately because on Saturday afternoon they host Pumas Premier FC Academy and on Sunday morning they host Simi Valley Eclipse. We hope to see everyone at our games!

Current Standings: Top 2 teams from bracket advance to next round.